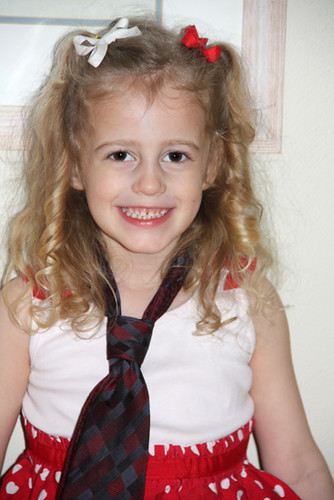 I know I am her Mom, but isn’t she just the cutest little thing you’ve ever seen? Last Friday night they had a Valentine’s dance for the kids at school. I wasn’t sure if we would go, but I thought… oh, why not? I had a cute dress with a red skirt with white hearts on it for Autumn to wear from my friend Janna in Colorado and Nathan wore a white dress shirt and one of Brian’s ties. (Autumn had on one of Brian’s ties for some of the pictures I took at home before we left, too! Silly girl!) 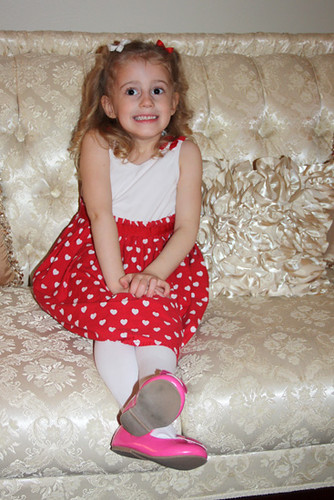 Here you can see all of her dress. Such a precious girl! 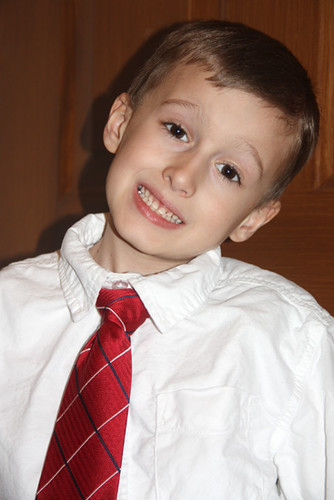 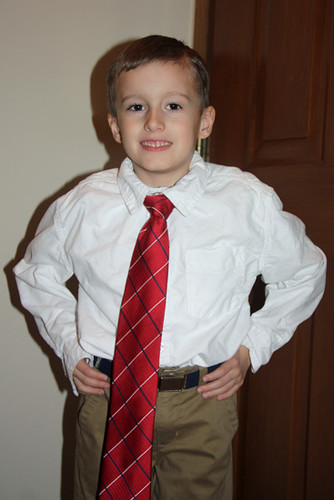 Nathan was quite handsome! I was going to just have him wear a red polo shirt (this dance was not formal by any means), but after seeing Autumn in a dress he insisted on wearing his white dress shirt… 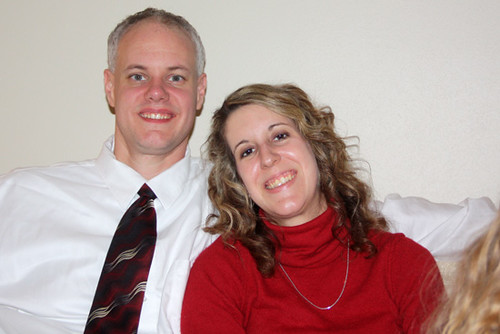 Oh, and here we are… not nearly as cute as the kids, but we dressed up, too! Ha! I just wore a nice red sweater (never wear a sweater to a dance, I was burning up!) and a velvet skirt… what I had worn to work. And, I made Brian dress up, too! Ha! He had to pull out a white dress shirt he had not worn since we went to dinner in Paris! 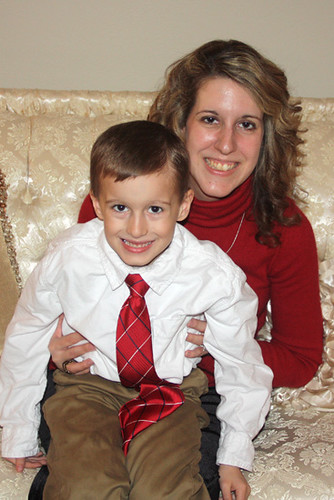 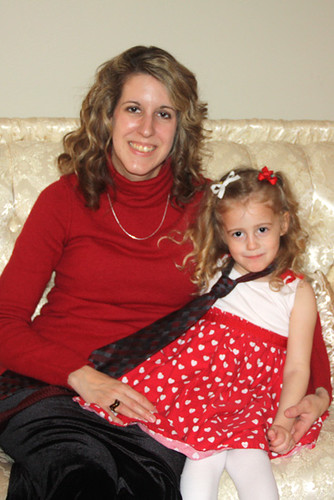 The kids were ALL wound up about going to their FIRST dance and would not cooperate for pics… So, I have two separate photos of me with both kids because I could not get them all in one photo with me! 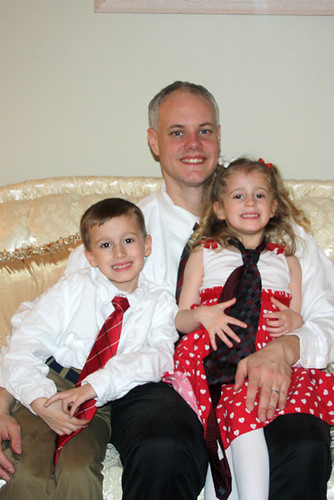 OF course, they cooperated with Brian and both got in a photo with him. I am jealous. I was going to drag the tripod upstairs and get a photo of ALL of us, but… we ran out of time.

Nathan dancing to Gangnam Style. Seriously, watch all of it. Its hysterical. 20 seconds in is when it gets really good and you can see him dancing around (it is dark in some parts in the beginning of the video).

They also had a couple of games at the dance, I got a cute video of Autumn getting wrapped in toilet paper and Nathan wrapping another boy in toilet paper. 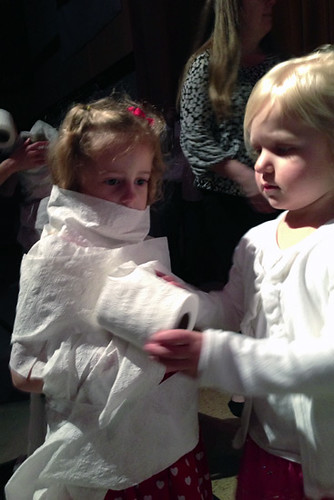 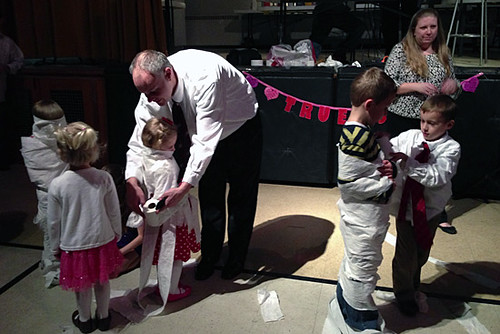 If the videos don’t work for you, here are some photos from the toilet paper game. So cute!