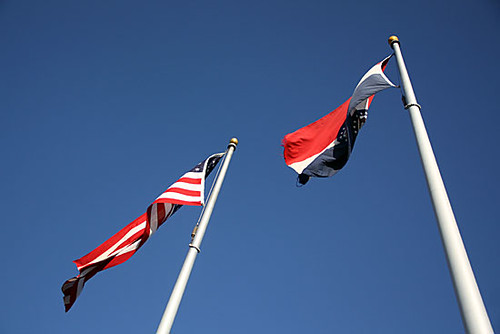 I have been a little behind on blogging on Nathan’s Cubscouts, so today I am going to roll 3 blog posts into one: Fire House, Rocket Derby and their Graduation! Here is a photo of the flags outside the fire house against a beautiful blue sky. 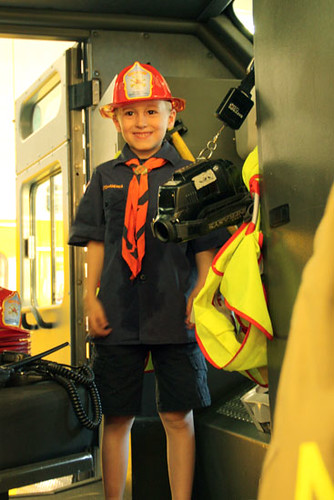 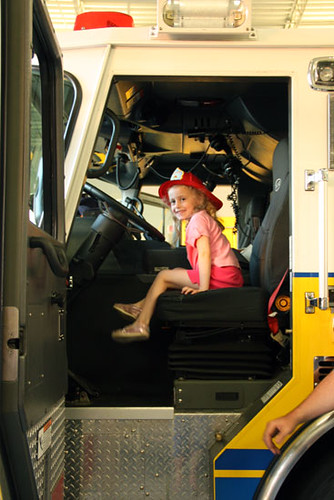 Nathan and Autumn on the fire truck, they both got a plastic hat, too! Autumn gets drug along to most of Nathan’s Go See Its. 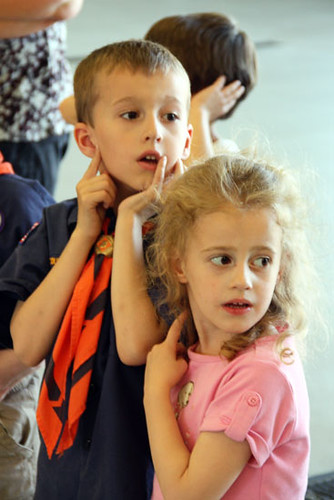 I love this photo… they sounded the alarm to let the fire fighters know there is a fire and the kids were so shocked when it went off and a lot of them covered their ears. 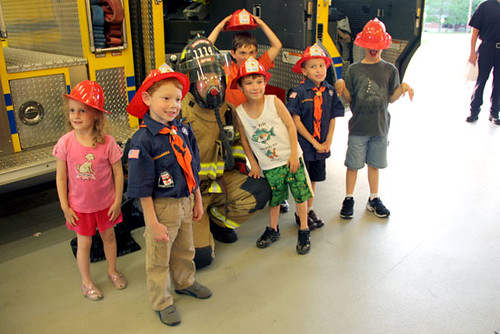 And, just a group shot at the end. 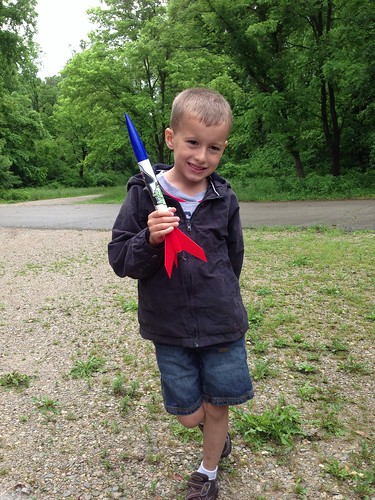 Next up, we had the Rocket Derby… each kid was given a rocket to decorate and they each got to shoot it up in the sky 3 times. Nathan L.O.V.E.D. this…! He decorated his with some Darth Vader stickers, it was the last couple weeks of school, so we kept it simple. 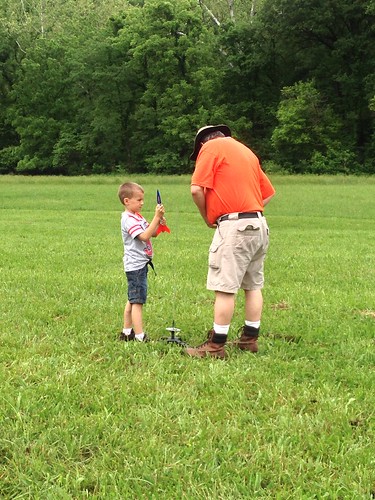 Getting ready to launch off the rockets. 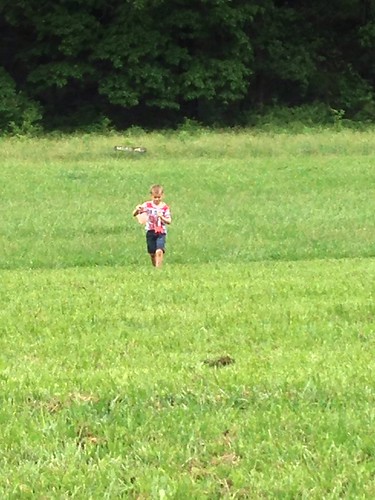 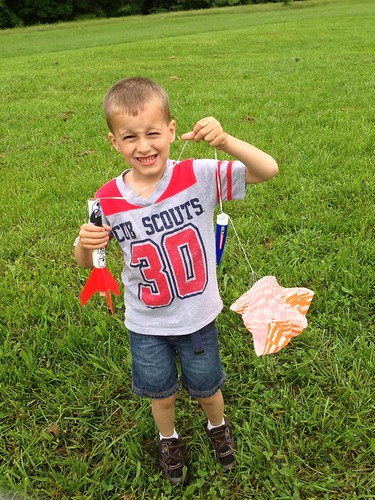 Showing me his rocket and parachute he caught. 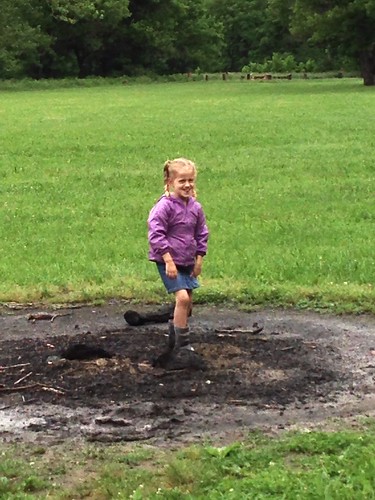 Miss Autumn just wanted to play in the mud fire pit. Yes, she has boots on. 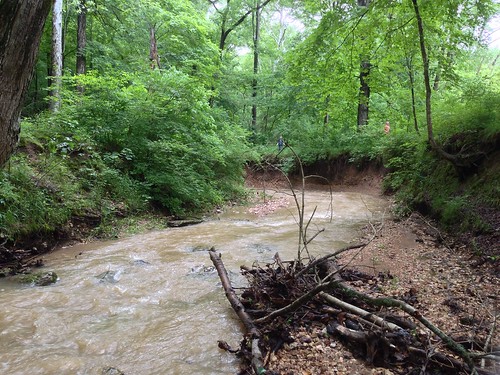 There was this beautiful creek that you had to walk through some rather tall grasses (think, ticks! eek!) to get to… but, it runs along the entire Beaumont camp. The boys just loved tossing pebbles into the creek and exploring around it after the rocket launch. 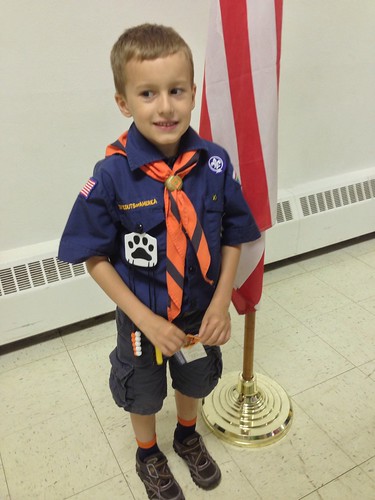 Then, came the end of Cub Scouts for the year and Nathan had his graduation. He got his Tiger badge and his Tiger Cub emblem, which is a tiger paw with four strings for beads. 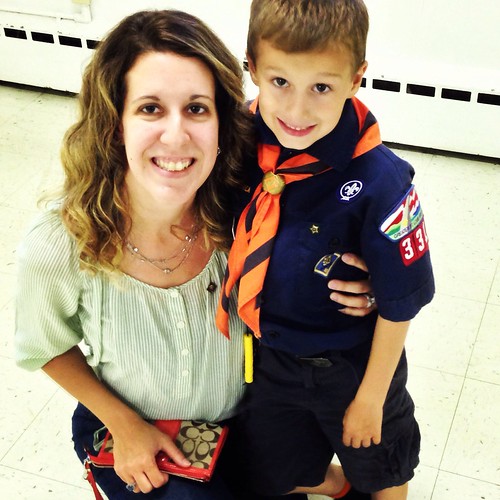 He also gave me a Mother’s pin, my second to receive. 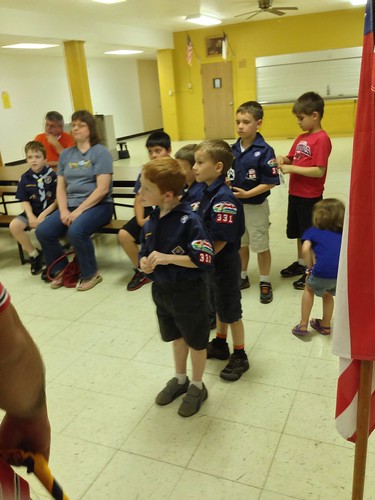 Here the boys are waiting to receive their new neckerchiefs. 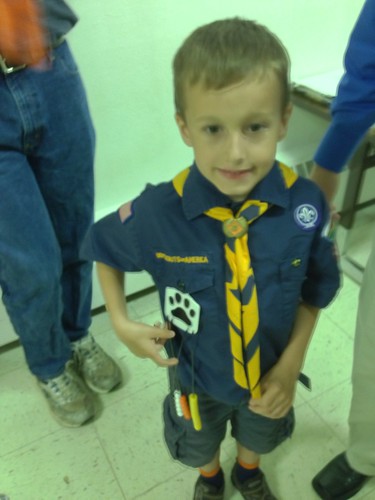 Nathan with his new neckerchief, sorry this is an awful phone photo! 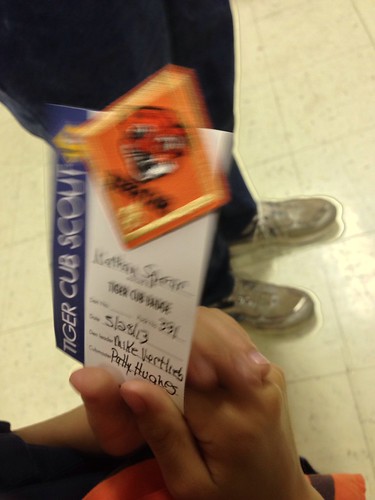 Another awfully blurry phone photo of his Tiger badge. So proud of you, Nathan! 🙂