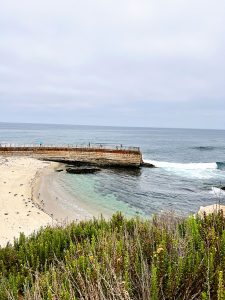 I’m back to share my fourth San Diego recap post with our visit to La Jolla, In-N-Out Burger and Old Town. Then, I’ll be back with a FINAL post about Disneyland and California Adventure. San Diego has so many unique areas to explore. We stayed on the bay, but when we drove to see the beaches at La Jolla it was so different! There is so much culture in San Diego and one night we drove over to Old Town, which is 27 minutes away from the Mexican border and enjoyed Mexican shops and food.

The photo above shows the La Jolla Children’s Pool. The sea wall that encircles the beach stops rough surf from entering the area, making it easy to wade in and out of the water. 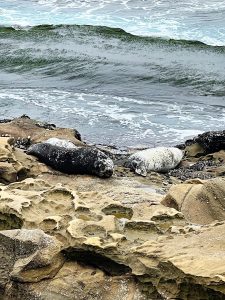 The Children’s Pool is the perfect spot to see the wildlife that has recently taken over the La Jolla beach. This pool was originally created to serve as a barrier to the waves for children to play, but now it is home to seals and sea lions. They are so adorable and sweet! 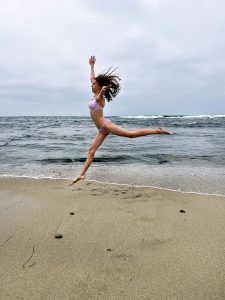 We landed up going on the other side of the Children’s Pool, which is South Casa Beach. Swimming isn’t recommended due to proximity to the sea wall and rocks but we enjoyed exploring the water’s edge. Autumn enjoyed doing some fancy dance moves on the beach and I took photos for her.

After a beach day, we were famished! We decided to drive to the In-N-Out Burger in La Jolla. None of us had ever tried In-N-Out Burger before, but it was one of the best burgers I’ve ever had! Nathan noticed they put Bible verses on the bottom of all of their wrappers, another detail we never knew about In-N-Out Burger. 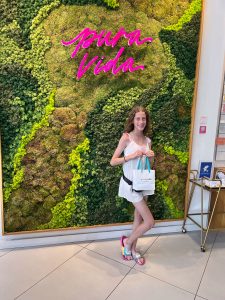 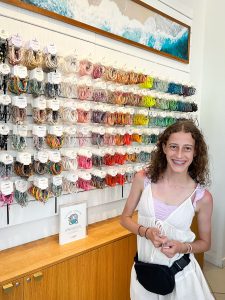 Another fun stop in La Jolla was in an outdoor mall to visit the Pura Vida Bracelets store! Autumn loves their bracelets and was SO excited to visit their store, since we don’t have one in St. Louis. 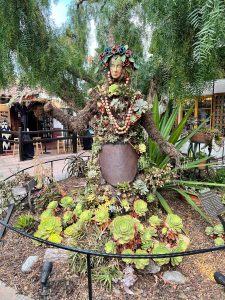 We went back to the hotel and rested after lunch and then in the evening we ventured back out to visit Old Town, which is a part of San Diego with a lot of Mexican culture. It is only 27 minutes away from the Mexican border! San Diego is so dry, so you see a lot of succulents planted instead of flowers. 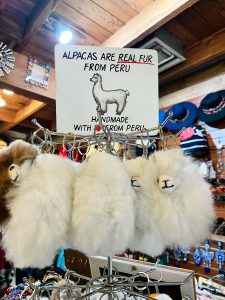 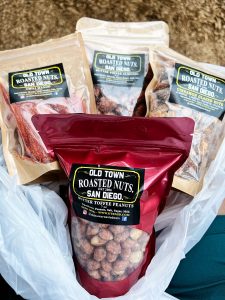 We went to Casa de Reyes to eat and were in awe of the beautiful garden that the restaurant is on and all of the cute Spanish shops around the restaurant. The shops were nice, because we were able to do a little shopping while we waited for a table. We may have brought home an Alpaca (real fur!) keychain and a bunch of bags of delicious roasted nuts. 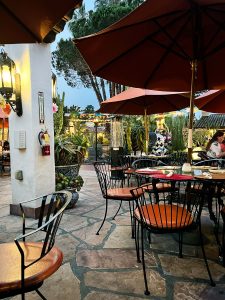 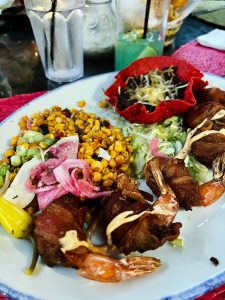 The patio that our table was on had some a beautiful view at night. I tried their Armadillo Shrimp, which was prawns stuffed with crab and pepper jack cheese and wrapped in bacon with chipotle aioli drizzle, served with black beans and corn salad. It was DELICIOUS! 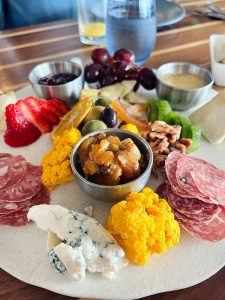 Our last morning we had a late flight, so we were able to have a late breakfast/brunch at Vista Bar + Restaurant in the Intercontinental San Diego hotel we were staying at. We splurged on a charcuterie board and then I had Apple Streusel Pancakes. It was a great/convenient last meal for us before we headed to the airport.

That’s a wrap! I’ll have 1 more recap post for our full day at Disneyland/California Adventure. I’ll be back on Thursday with an outfit post.