I am starting to feel like Mel, I have had a lot of birthday posts lately! Well, remember how I did the worm in dirt cupcakes? I did a spin on it for Nathan’s birthday treat at school today. 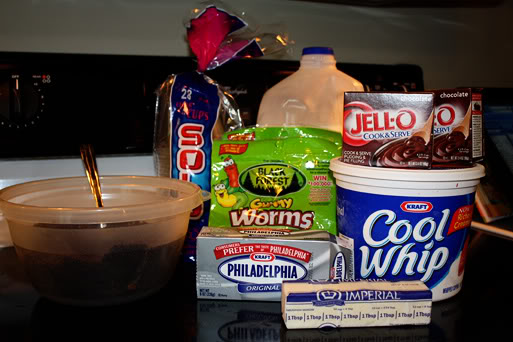 I decided to make individual dirt cakes for each student in his class, topped with a gummy worm! Here are the ingredients… now that I look back on it, I think I would have just made regular chocolate pudding instead of the actual ‘dirt cake’ recipe, because it would have been a lot easier! 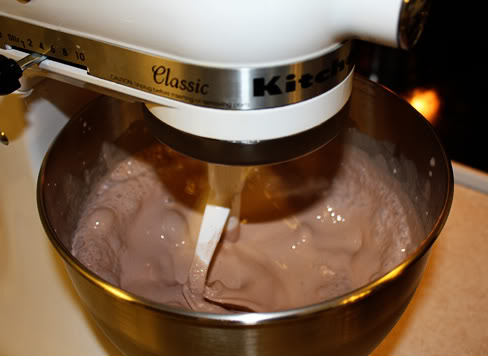 First I made the chocolate mixture, which is two 3.5 oz boxes of chocolate pudding, 3.5 cups of milk and 12 oz of Cool Whip. 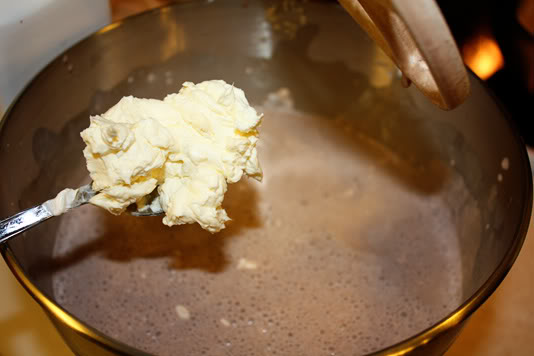 In a separate bowl, mix half a stick of butter and an 8 oz block of cream cheese (make sure both are at room temperature) and mix into the chocolate mixture. See, it would be easier just to make regular pudding! 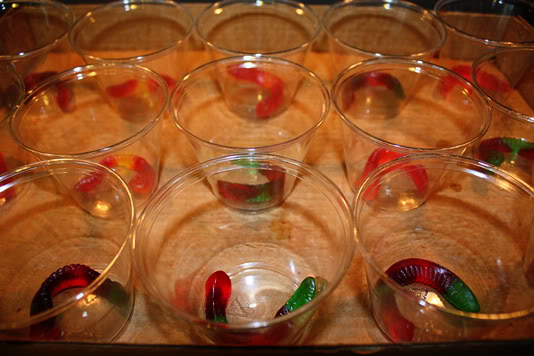 Meanwhile, put a gummy worm on the bottom of each cup… I made 15 cups. 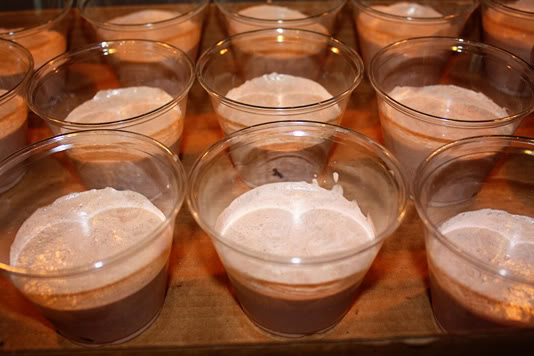 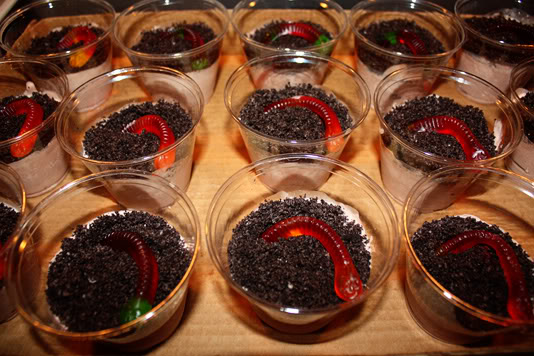 Crush a package of Oreos in your food processor, top each cup with some of your cookie ‘dirt’. Then stick one end of a worm into the pudding and leave its face out. 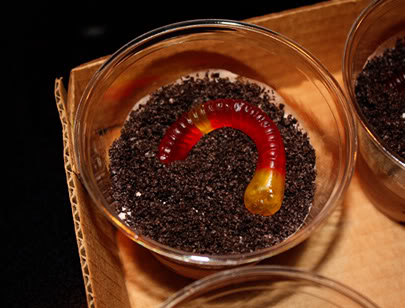 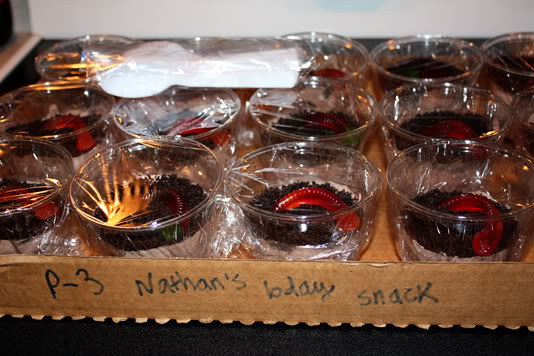 I even wrapped each cup individually and put some plastic spoons in a bag. The teacher was excited because it went really well with their class theme today!