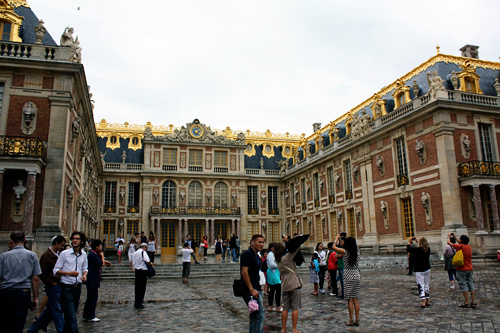 After the tour of Monet’s Garden and lunch at the mill, we took the bus over to Versailles. It was breathtaking, the outside is all encrusted gold leaf. It is the palace of Louis XIV (but four different Louis lived in this palace), the palace was a hunting lodge. This palace was built to impress, on a large scale, and I really have never seen anything so grand and beautiful (at the same time). 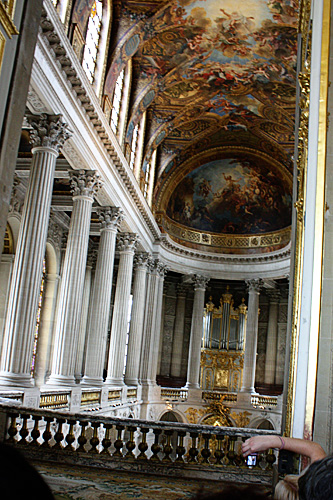 Here is the Chapel, which they did not let us enter, but this shows you how crazy beautiful this palace is… look at the painted ceiling, the marble pillars, how so much in encrusted in gold leaf… this palace was really built to make you gasp every time you entered yet another room. 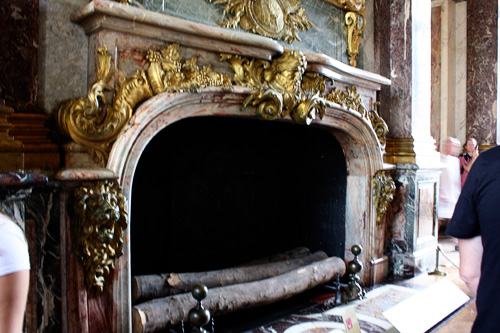 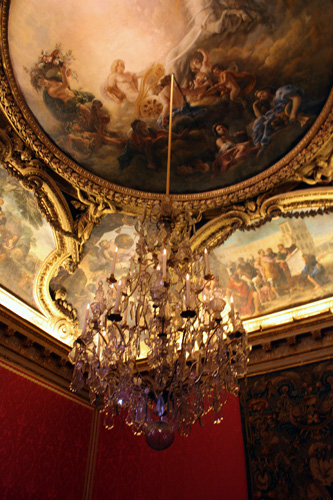 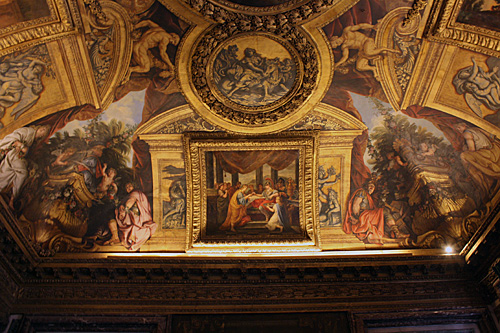 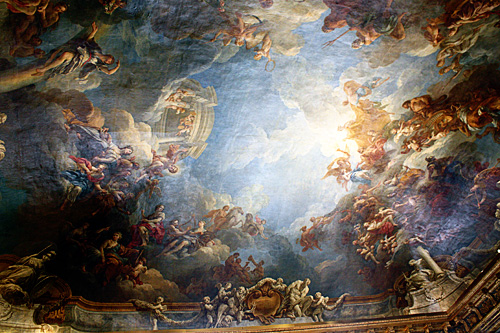 Painted ceiling after painted ceiling… so much work put into this place to make it magnificent. Each of the rooms was named after a greek god. 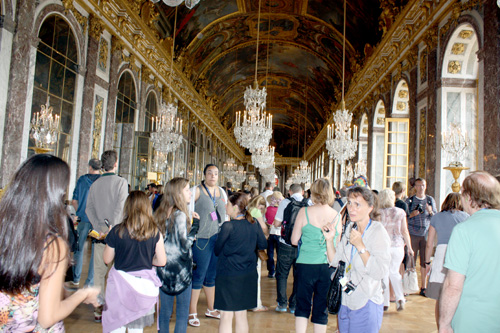 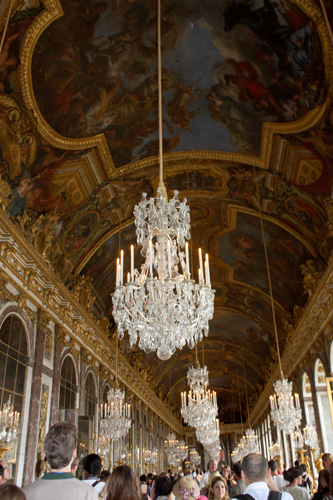 Hall of Mirrors, beautiful, yet crowded. We went on one of the TWO days of the week that they turn the fountains on in the gardens, so it was like being packed in like sardines in every room. The beauty and history made up for it, though. 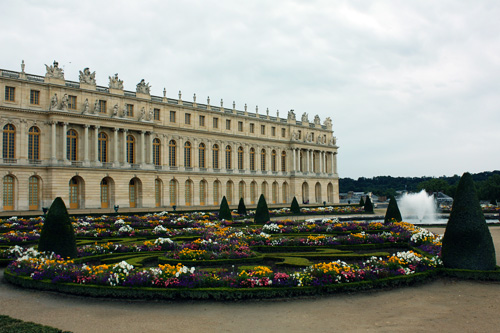 After touring the inside of Versailles, we stepped out to see the gardens. Oh, I wish we had more time to explore at the gardens. I really believe we could have spent half a day just visiting the gardens. They were so impressive, so big… and, beautiful. I couldn’t even see the end of the gardens from where we stopped exploring, when we had to get back to our bus. 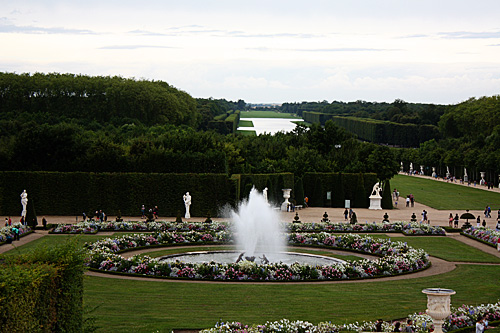 I would have loved to have seen the lake in the very back of this photo, it was just too far away. I could see that people were canoeing in it. 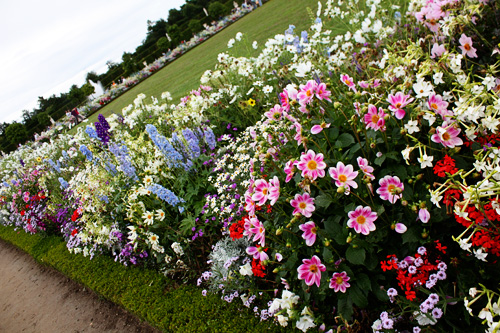 210,000 flowers are planted every year at Versailles. That is a LOT of flowers, and I believe it… they were beautiful. 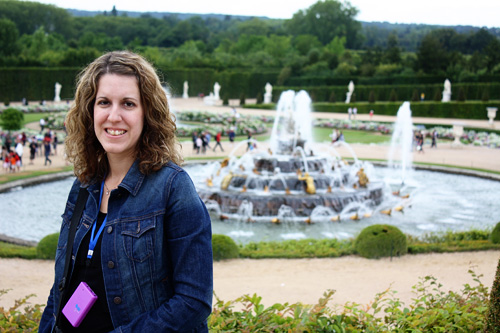 Here I am in front of the Atona Fountain. Brian loves this fountain, he saw it when he came to Europe in high school, and always wanted to take a pretty girl back here. Ha! And, guess what is coming up next? The engagement post! Hopefully, I will get it posted tomorrow!