It’s Trendy Tot time once again with Mrs In Training, Lindsay and Megan! I was lucky enough to take off of work last Friday to go on Autumn’s first field trip to the apple orchard. It was a beautiful day and I had so much fun… plus, I took a lot of photos! I thought, why not share them on Trendy Tot Tuesday! 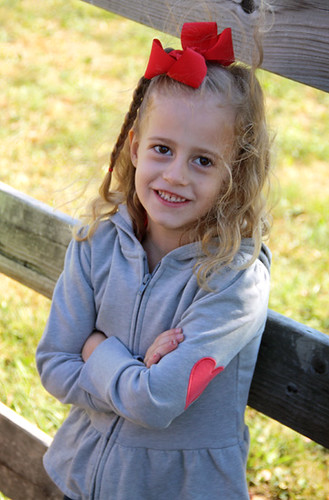 Recently I went Fall shopping at Old Navy and this adorable peplum jacket with heart cut outs on the sleeves was something I had to buy for Miss Autumn. Isn’t she cute in it? It was a little chilly that morning, so she wore this jacket at the beginning of the field trip. We also got several other peplum shirts at Old Navy, they have a ton right now. 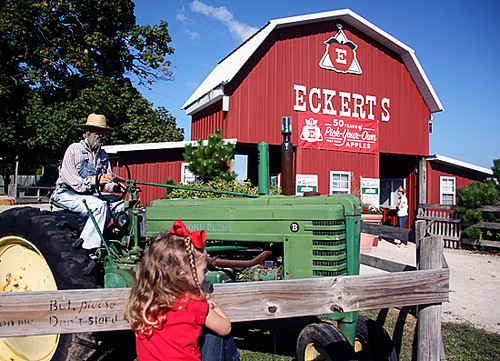 Her field trip was at Eckerts in Millstadt, IL and I was a little nervous to drive out that way, but it was actually pretty easy… just a lot of country roads with zero traffic, which wasn’t too bad. I wanted to get a picture of her smiling here, but she wouldn’t turn around for me. 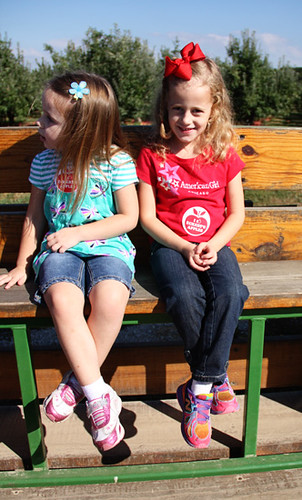 Here she is on the wagon, ready to go over to apple picking land! I had a different outfit picked out for Autumn to wear for apple picking, but had to change it due to the cooler weather that morning. I decided to put her American Girl shirt on her that I got from Chicago, I figured a nice red color and some ON jeans would be perfect for apple picking. I did notice that most of the girls in her class have New Balance shoes, one other girl had the rainbow pair that Autumn has on, and two other girls had on matching pairs, too, but they were a different color. 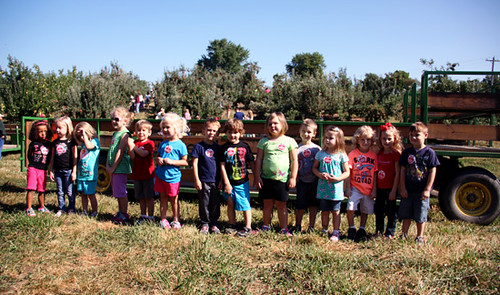 Autumn’s class in front of the tractor… I love that the teachers organized a group picture, it is so neat to get a photo of them all together. 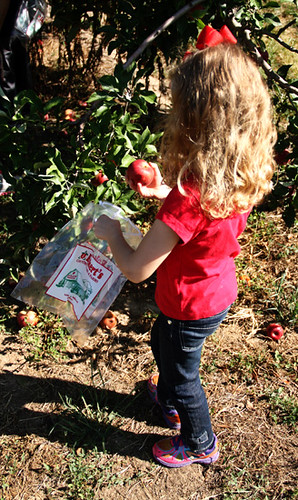 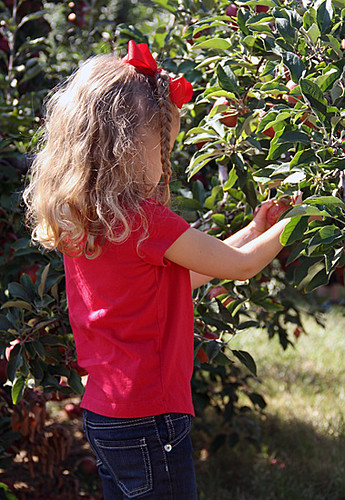 Autumn’s teacher went over how they should pull the apples off the tree, to twist them and not pull. Autumn did pretty good! Except… she kept tossing apples on the ground, thinking they had a flaw or were dirty. I had to explain to her that we couldn’t waste them and to only pull it off if it was good enough to put in her apple picking bag. 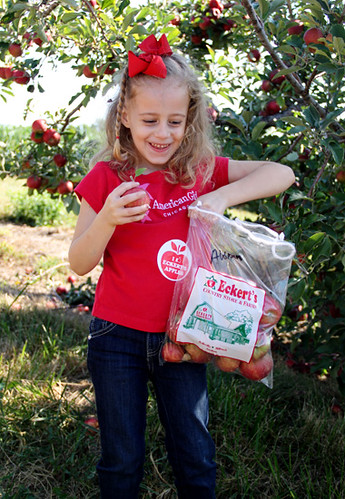 This would have been such a wonderful picture if she had been looking at the camera, but I still love this photo. She was so excited to pull this apple off the tree, because it had a tiny little leaf on it still. 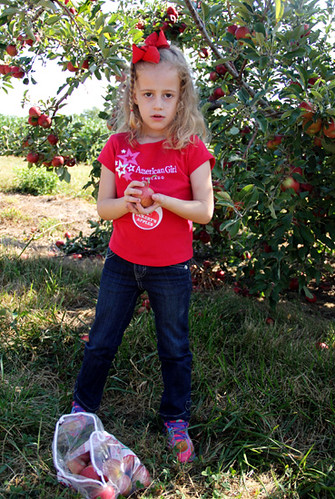 Such a cutie. I have no idea what she is thinking about here, but I love her little expression. 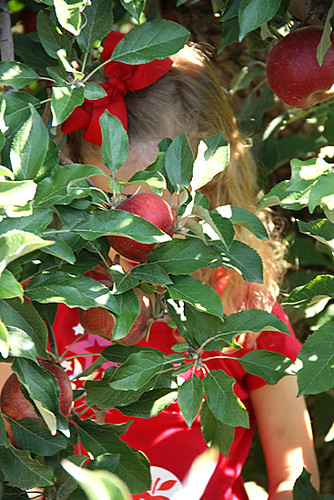 I love this photo, too! Where’s Autumn? 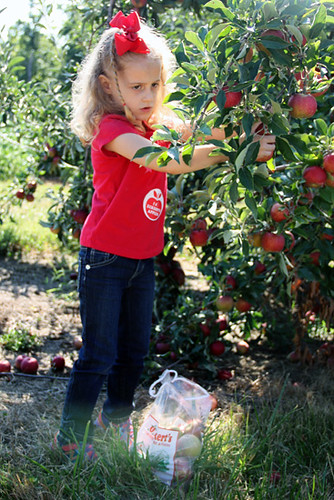 Another one of Autumn’s little faces! I bet she is thinking, why won’t this darn apple twist off for me! 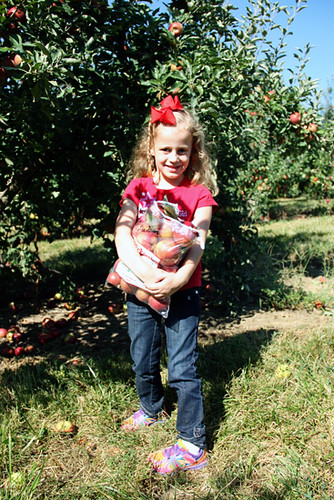 Finally, she filled her bag of apples! It did take some time for her to fill it… So proud of my girl! 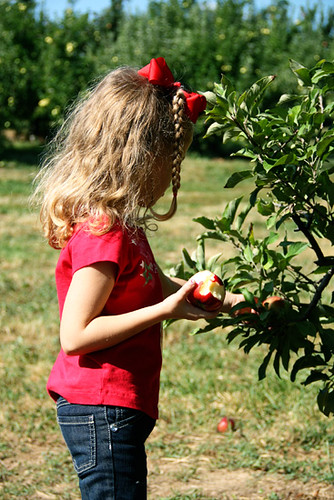 At the very end Autumn finally decided to try an apple. She ate it skin and all… she has a weird thing about skin, she always wants me to cut the skin off things like apples and peaches (I blame this habit on Grandma who started it!!! ha!). 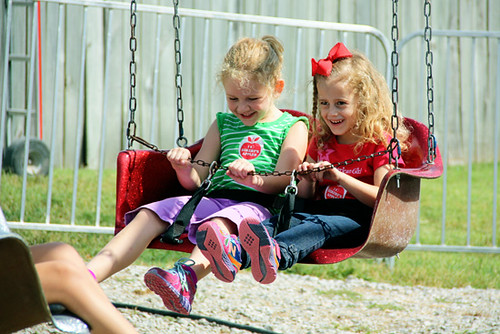 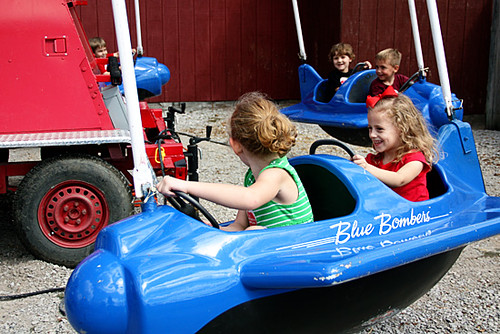 After lunch, the kids got to go on the rides. We even had time to go in the store and I bought a couple small pumpkins, kettle corn and some apple cider. YUM! Autumn is really good friends with this girl she went on all the rides with, they were so cute together. 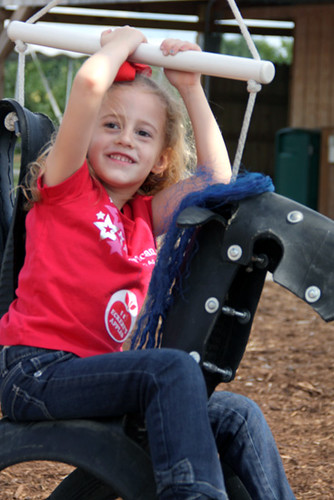 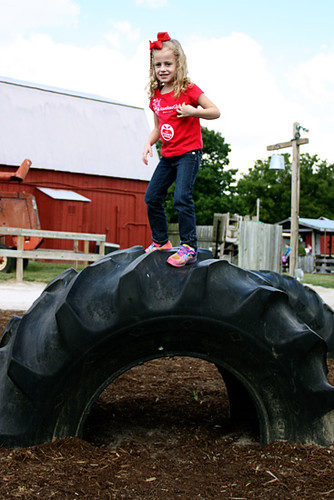 Just a couple more photos before we left. Such a fun field trip… I am really hoping to make it to all of their field trips this year. I really hate missing them and I love getting to know the other parents and kids, too!

Thanks for joining me for Trendy Tot Tuesday! 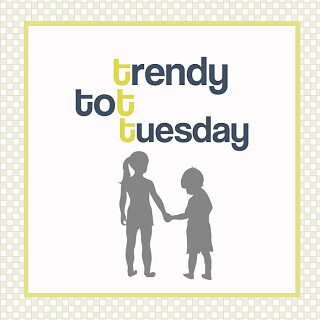