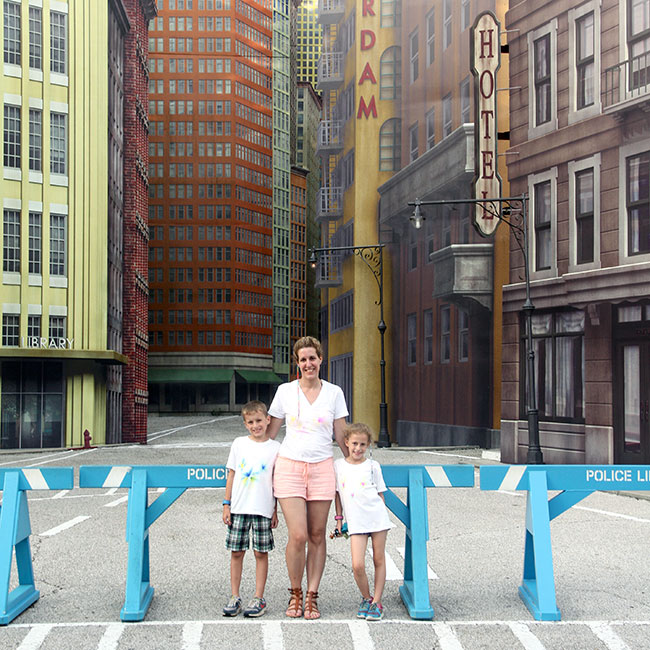 Our fifth day at Disney was also our LAST day, so this will be my last Disney recap post. Here is a photo of the kids and I by the tall buildings showing off our Disney Tie-Dyed Shirts (you can see the post where we made them HERE). 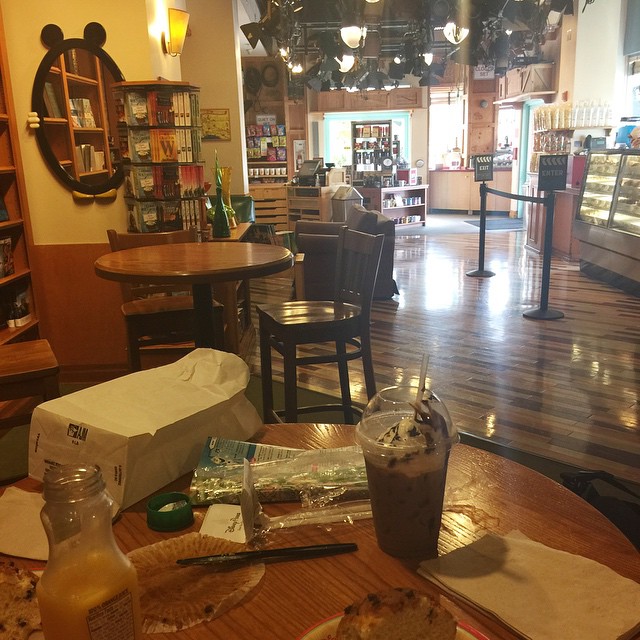 The first thing we did once we were in Hollywood Studios was to sign the kids up for the Jedi Training as the times can fill up. Once we did that, the boys ditched us to go on Tower of Terror (they didn’t have a Fast Pass and wanted to ride it before the line got long) and we went to a coffee shop for a little breakfast. The Writer’s Stop was a nice little coffee shop and I ordered an iced mocha latte and Autumn and I each had a HUGE blueberry muffin. It was a nice pick me up from the hot Florida sun! 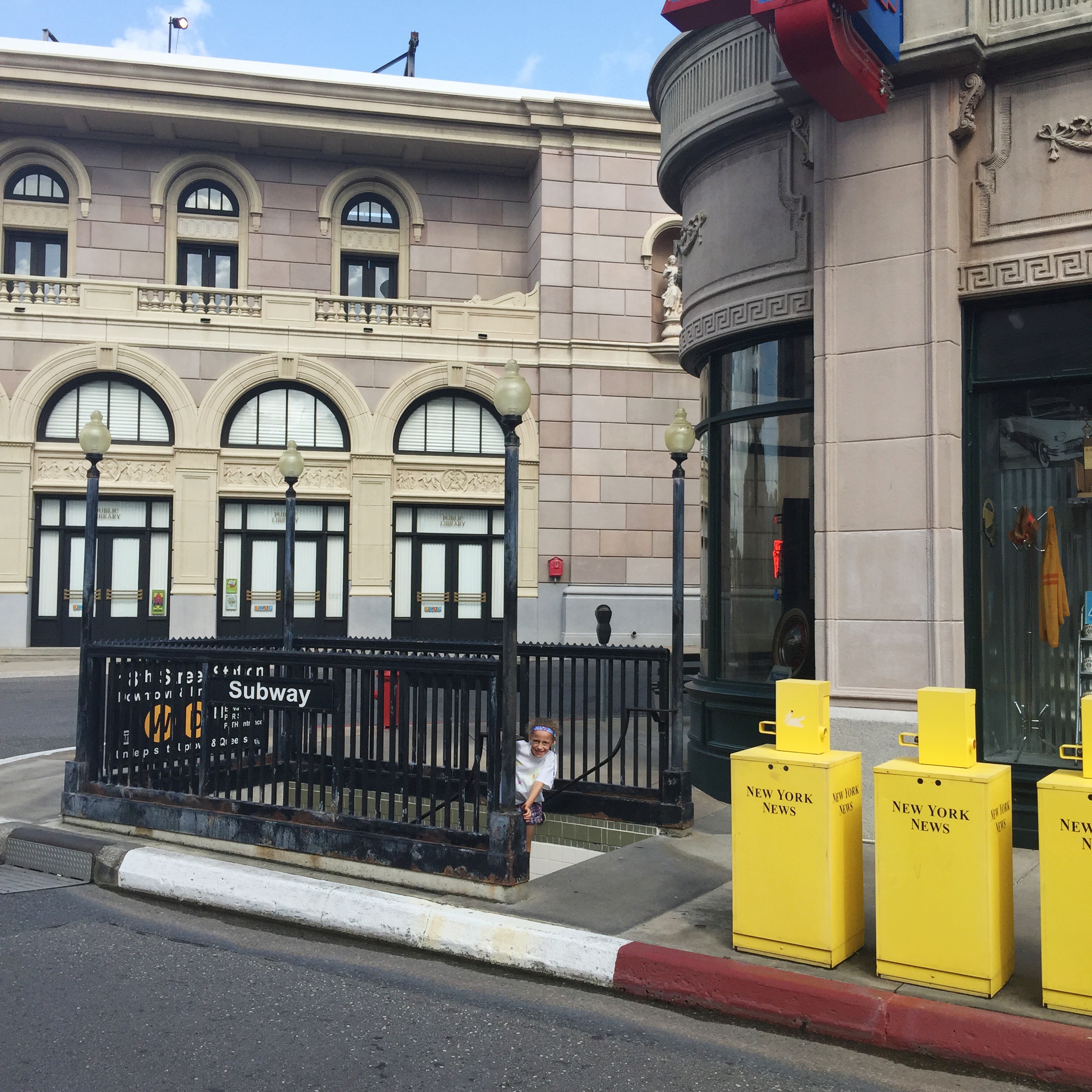 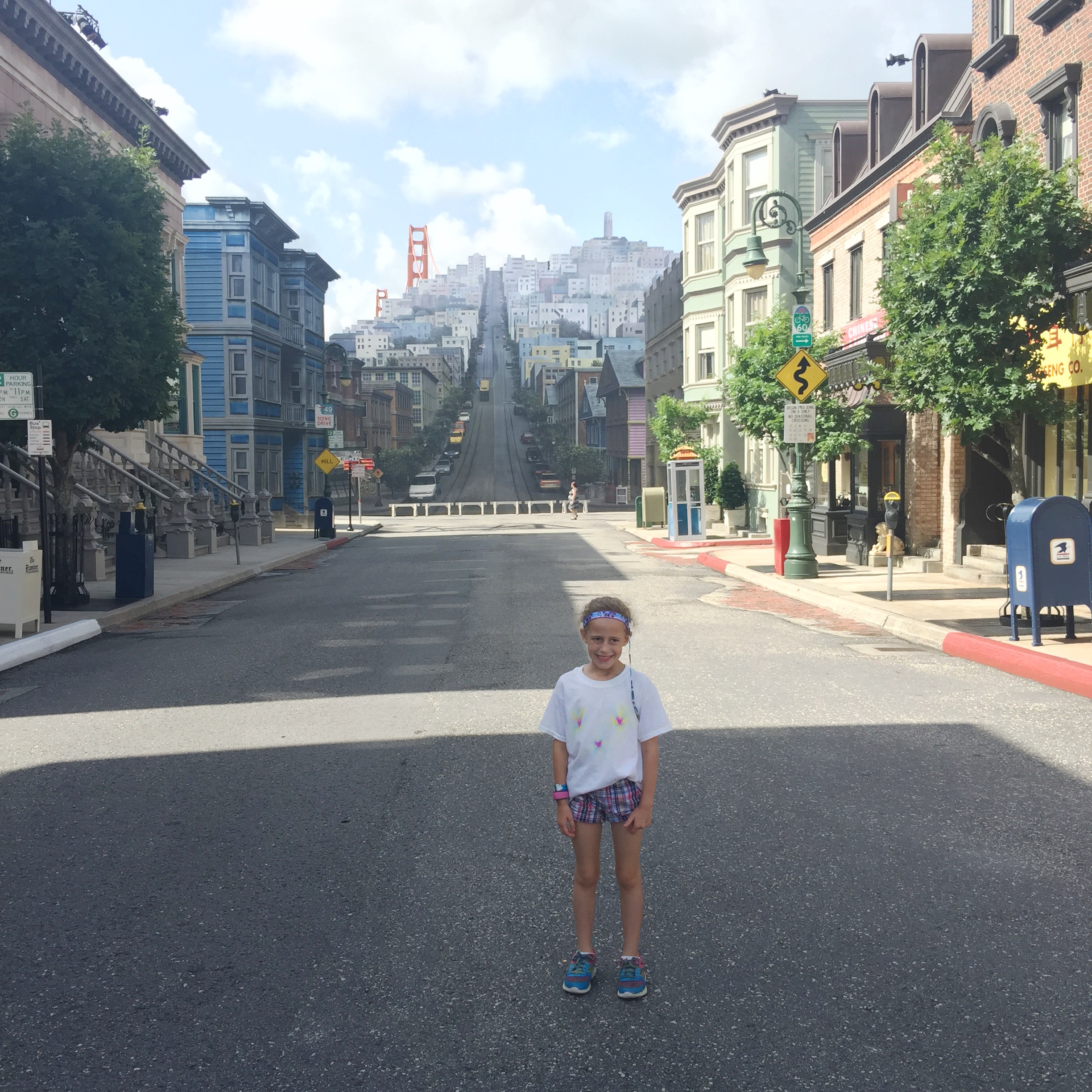 After breakfast, Autumn and I walked around for a bit and I got some really cute pictures of her in New York and California all in 5 minutes! It is fun to have ‘girl’ time and I really treasured some of our walks/chitchats while at Disney while the boys road the ‘scary’ rides. 😉 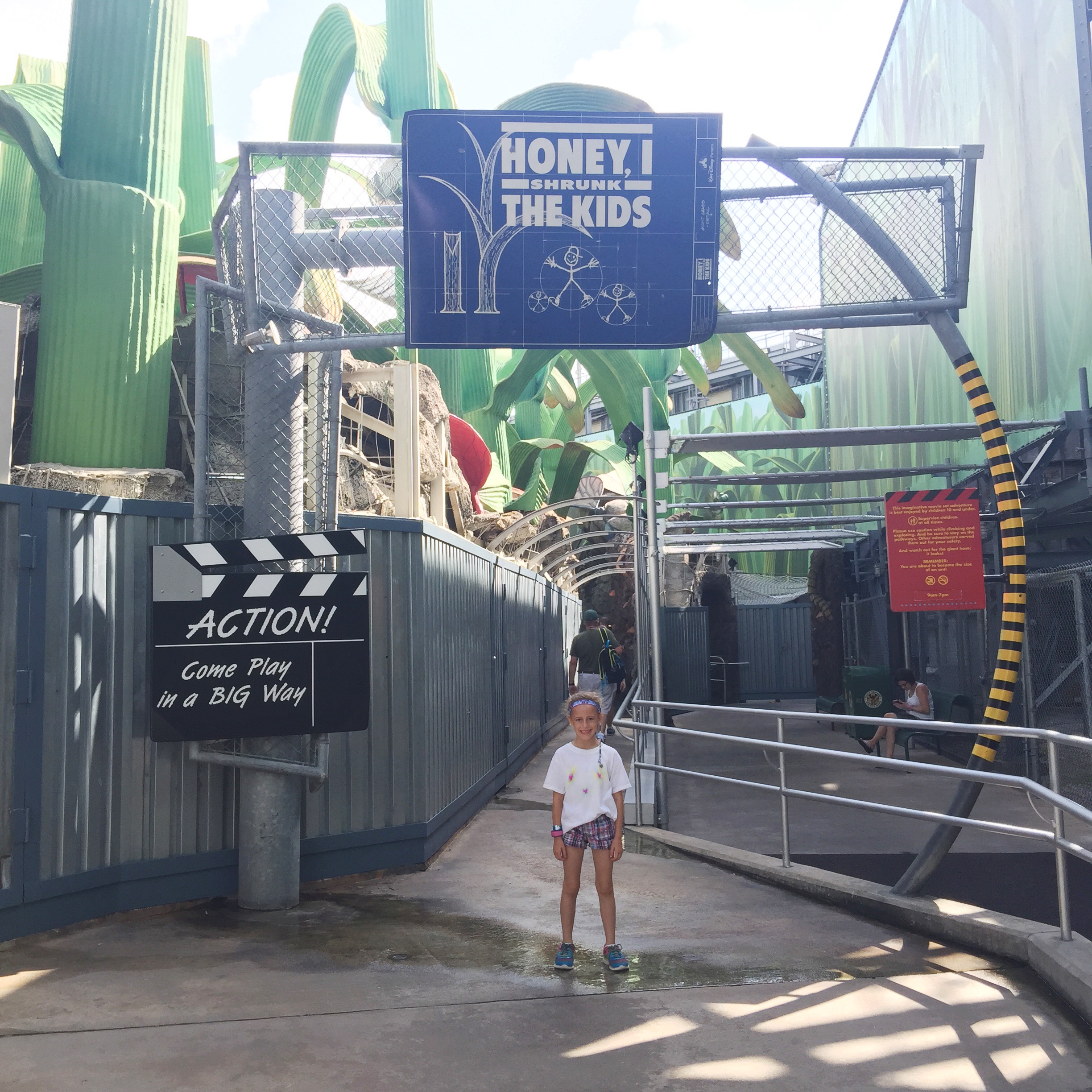 When we went 2 years ago, we had a lot of rain on our Hollywood Studios day and we weren’t able to check out the “Honey, I Shrunk the Kids’ play area. Here we are about to go in… 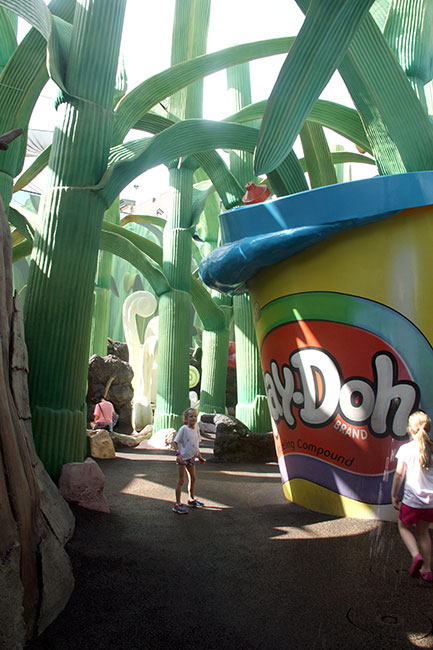 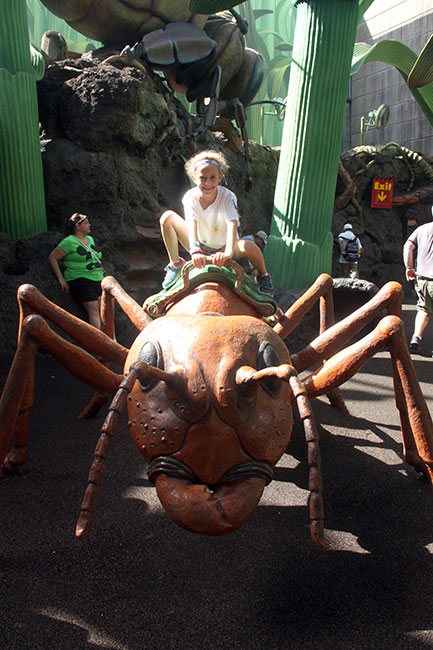 The inside of the play area was really neat, tall grass… a HUGE Play-Doh container, slides, bugs to climb on and even water play areas. She liked it so much, we had to go back later in the day. 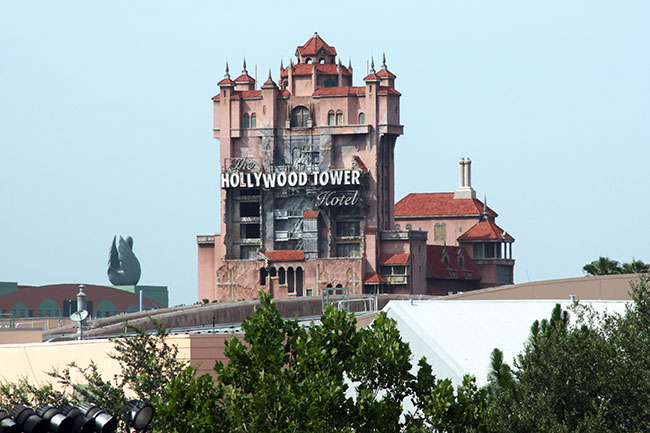 I was so proud of Nathan, he went on Tower of Terror with Brian. I am still trying to get enough courage to go on that ride. Brian said it was like free-falling… hmm… I’ll have to think about it next time we go. 😉 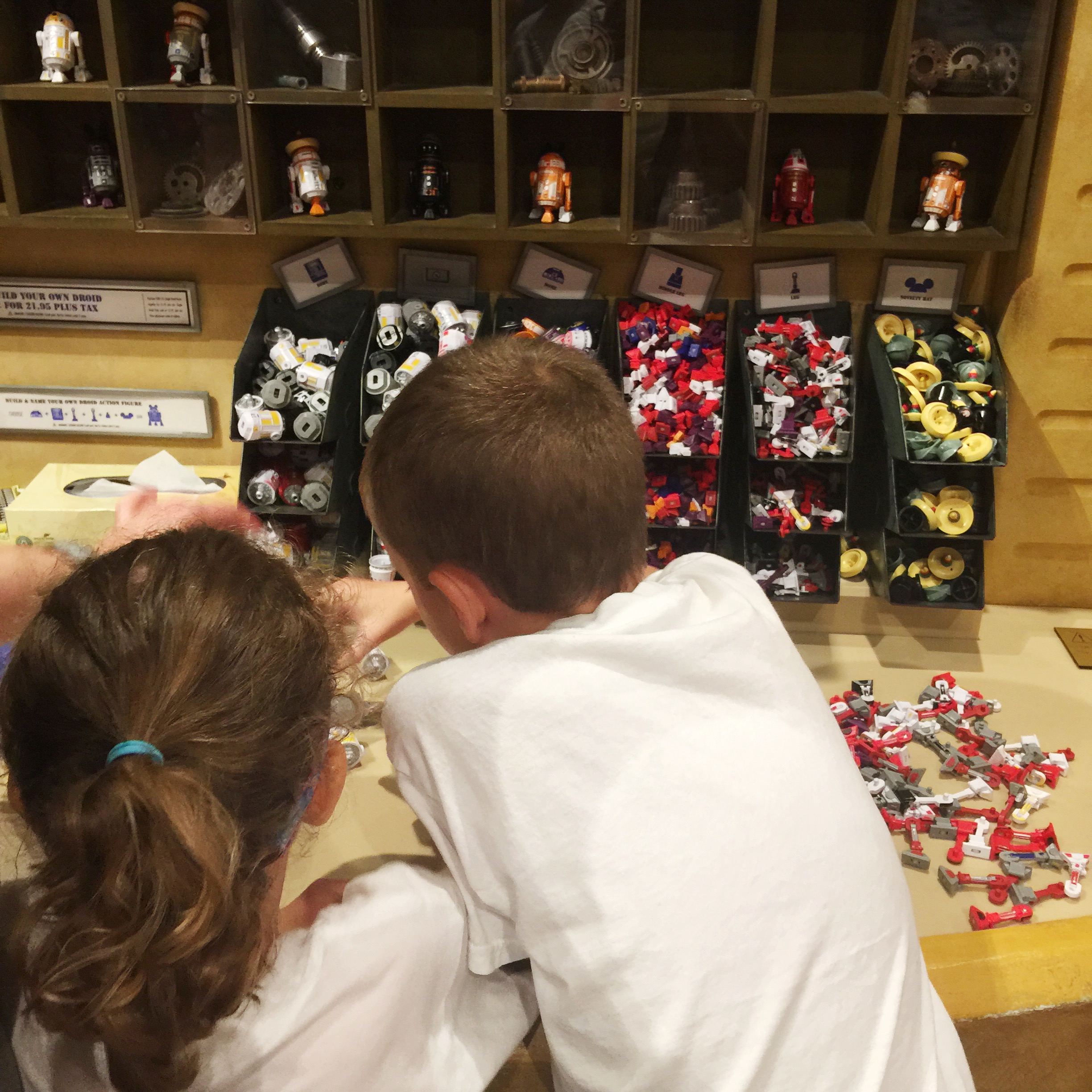 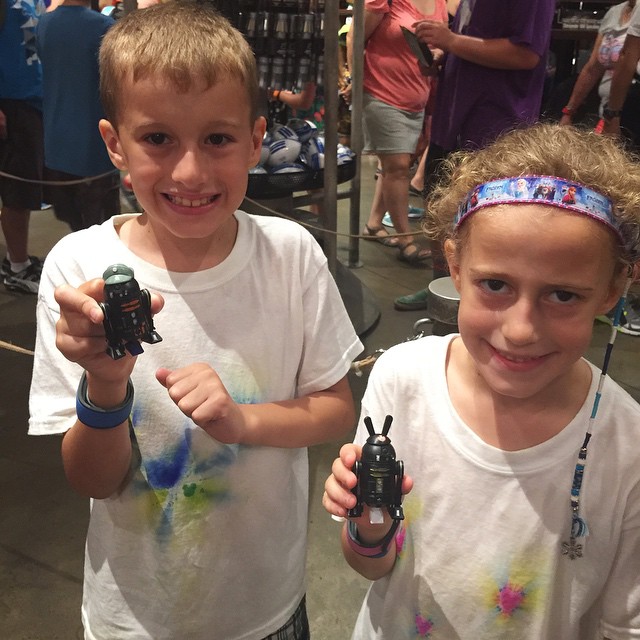 Last time we went to Hollywood Studios, Nathan rode the Star Tours and made a Lego droid afterwards. Well, this trip we ALL went on the stimulation ride and both kids made droids afterwards. 🙂 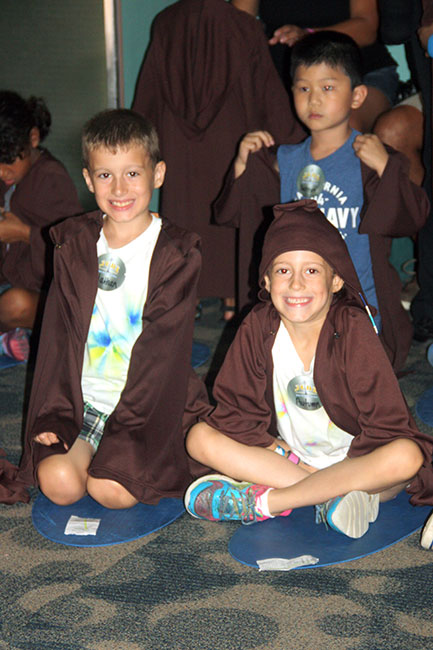 Next up was the kids Jedi Training. This was another thing Autumn didn’t do last trip and she participated in it this time. The kids are waiting to be taken back for their training. Sorry if there is a lot of photos for this part of our trip, it was just SO neat! 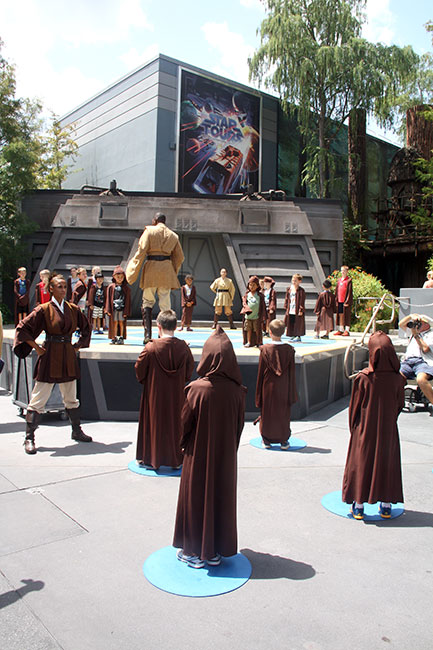 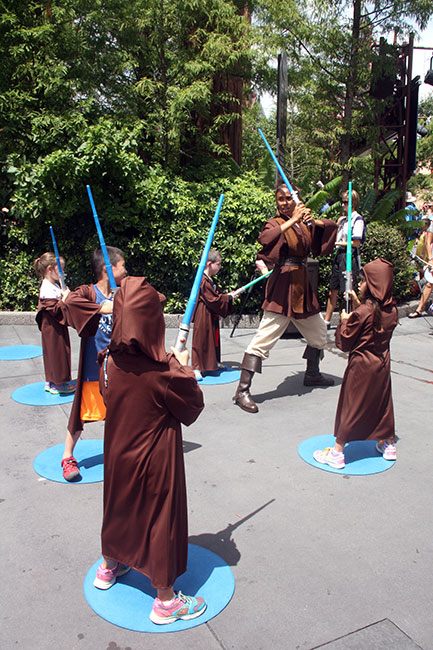 Each kid received a life saber and were instructed on how to open it and some battle moves. 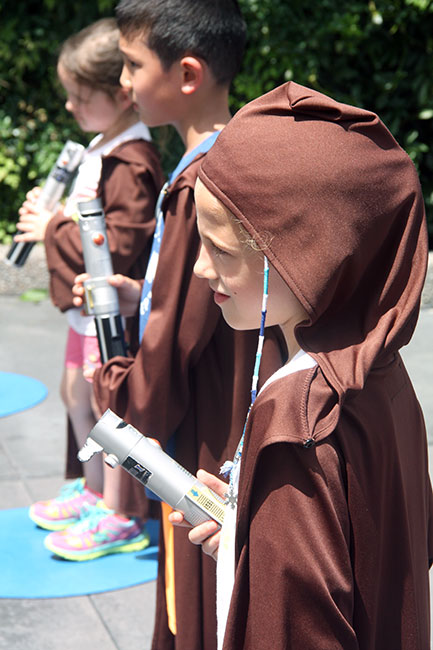 Autumn listening and holding her life saber. It was REALLY hot, I wish they would have had this area shaded. They did give the kids a cup of water before they went out for the training. 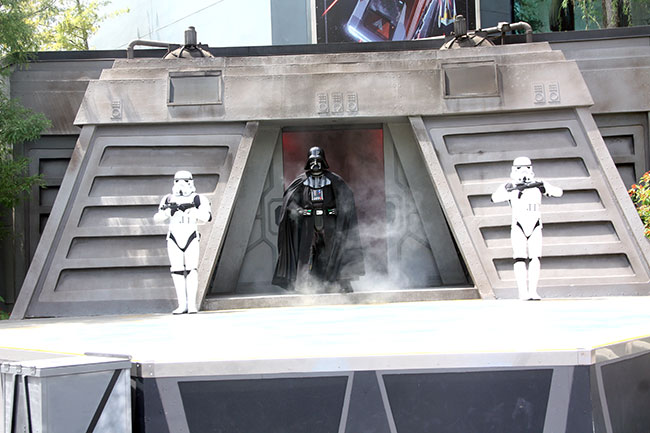 And, look who arrived. Darth Vader! Autumn cried when she saw him 2 years ago, but she did ok this time! Whew! 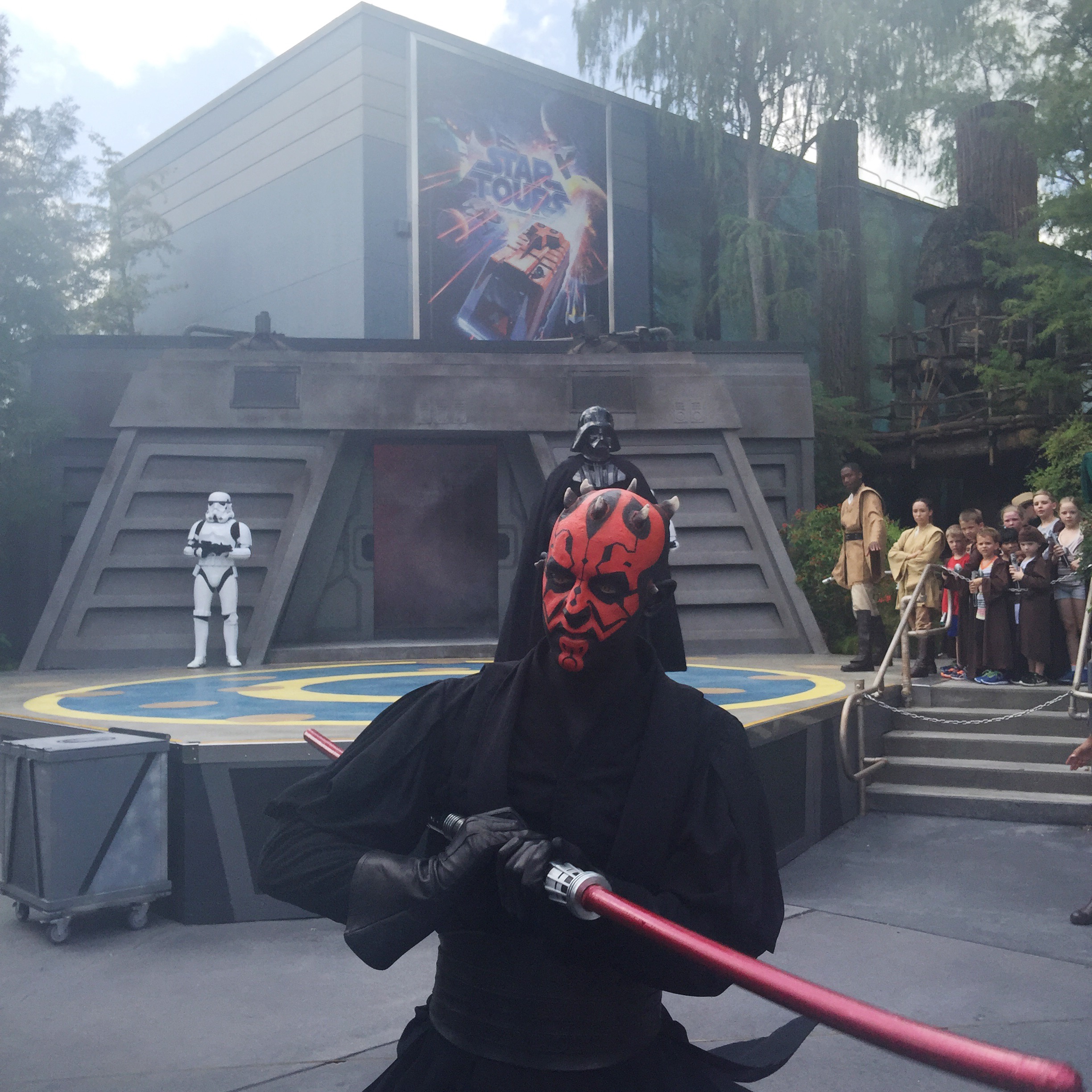 The kids didn’t get to fight Darth Vader and I was a little bummed by this… they had the groups broken in two and the ones not on the stage and on the lower level fought Darth Maul. He was still really cool and creepy, though! 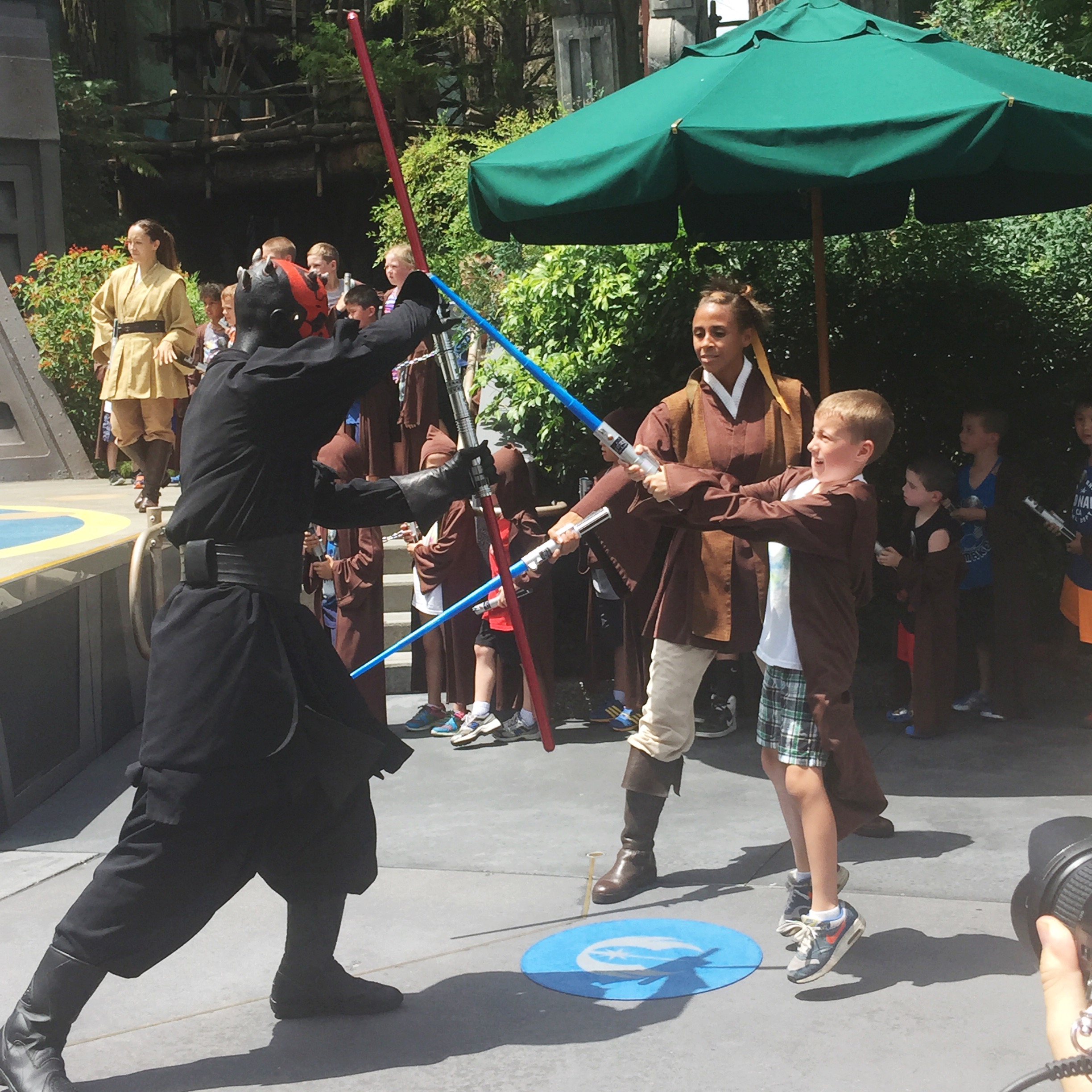 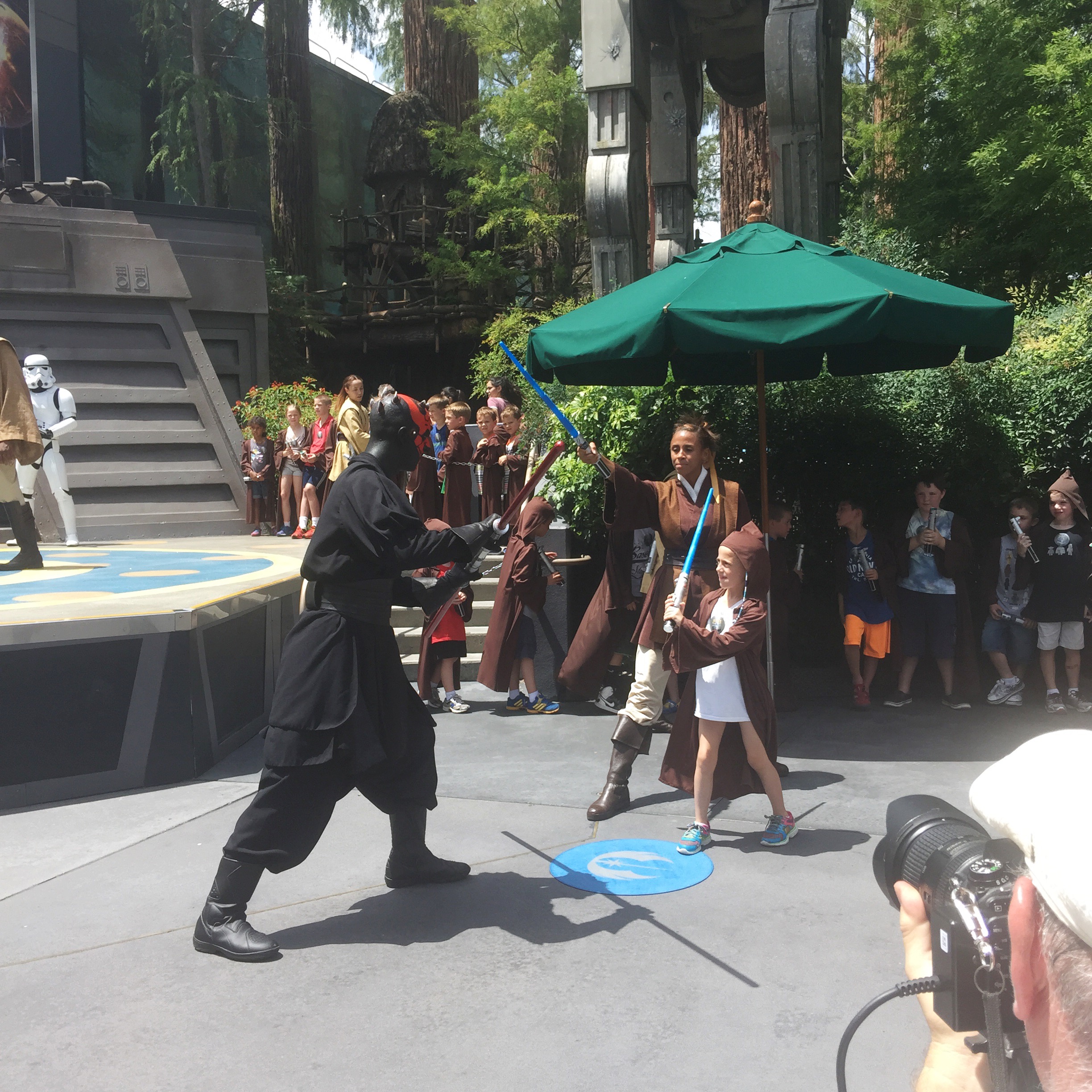 Nathan and Autumn fighting him. 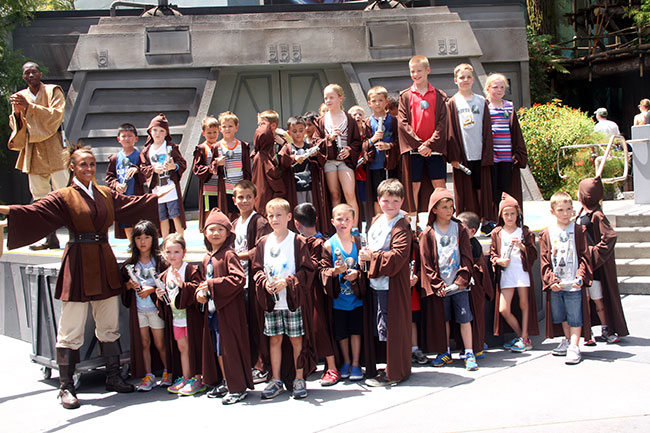 
We had lunch at ABC Commissary… it was good, but it was really hard to find a place to sit down with our food after we ordered it. I had to sit down at a dirty table (with several other people with trays wanting to snatch it, too) and wait for someone to clear it. The food was ok, nothing to write home about. Therefore, no pictures. Sorry! I really want to get lunch reservations at the Sci-Fi Drive-In Cinema restaurant next time we are there! It looked really neat. 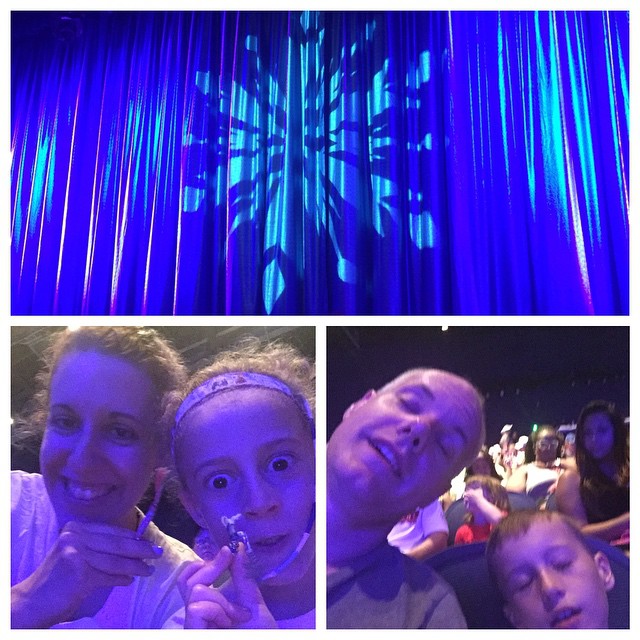 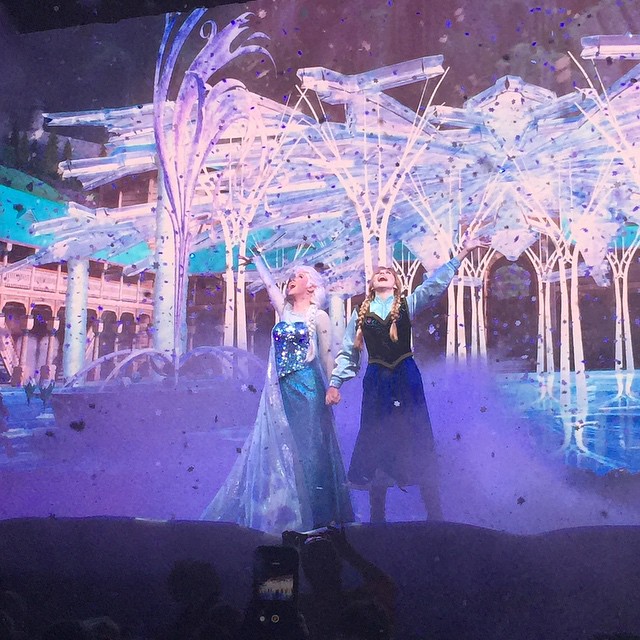 Next up was our fast pass for the Frozen Sing-A-Long! This was one of Autumn’s favorite parts of the ENTIRE trip and her favorite part of the day at Hollywood Studios. I do have to admit, it was really cute… and, at the end ‘snow’ fell from the ceiling… It was really neat! As you can see from my picture above, the boys fell asleep. 😉 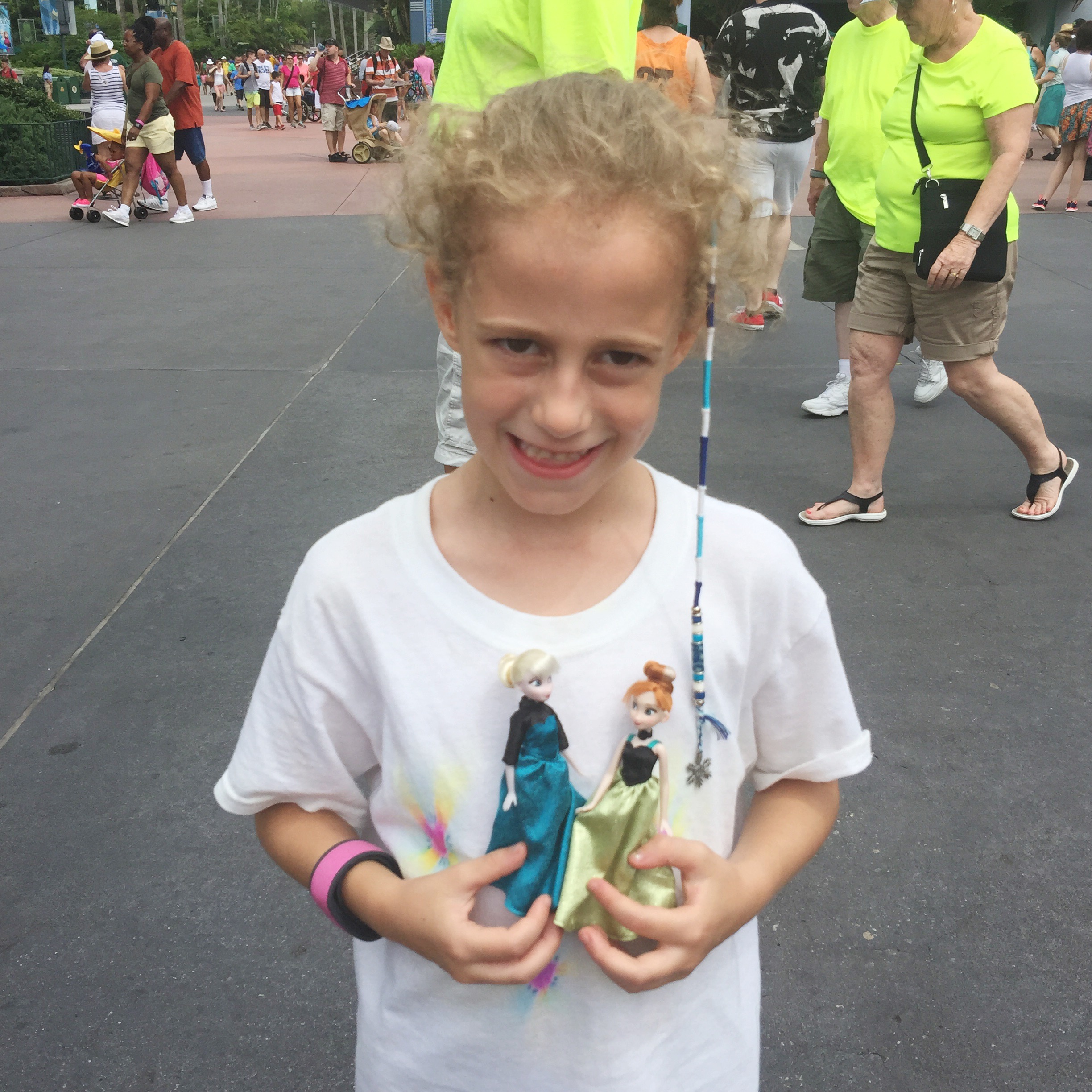 And, of course they had these two little Frozen princesses that Autumn found in a gift shop after the show. They came home with us. 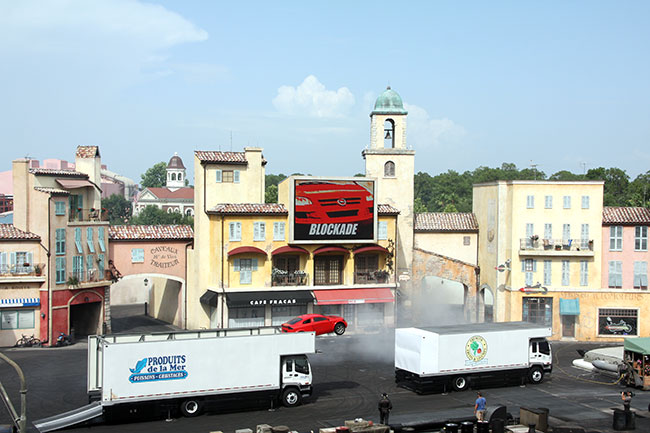 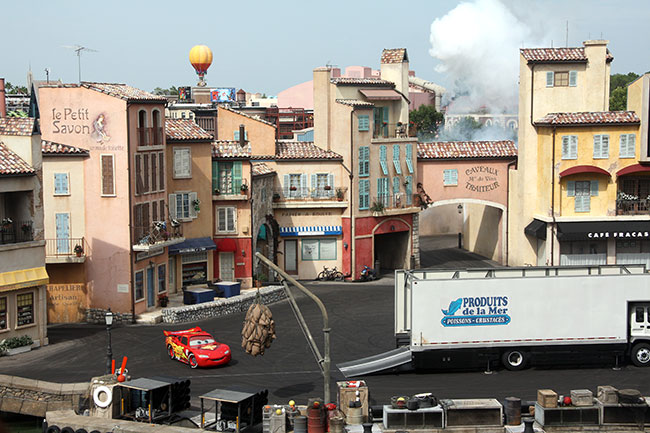 I realized we had our dinner reservation and our Fast Pass for the Lights, Motor, Action! show at about the same time! Ugh! We went over to Mama Rosa and they said it was no big deal, they would seat us a half hour late. Last time we went to Disney, it was such a rainy day and this show got canceled 20 minutes in! We were so disappointed! It was so nice to see the entire show this time. I think next time we are at Disney we are going to check out the Indiana Jones stunt show! It would have been hard to fit both in one day since they only have certain times. 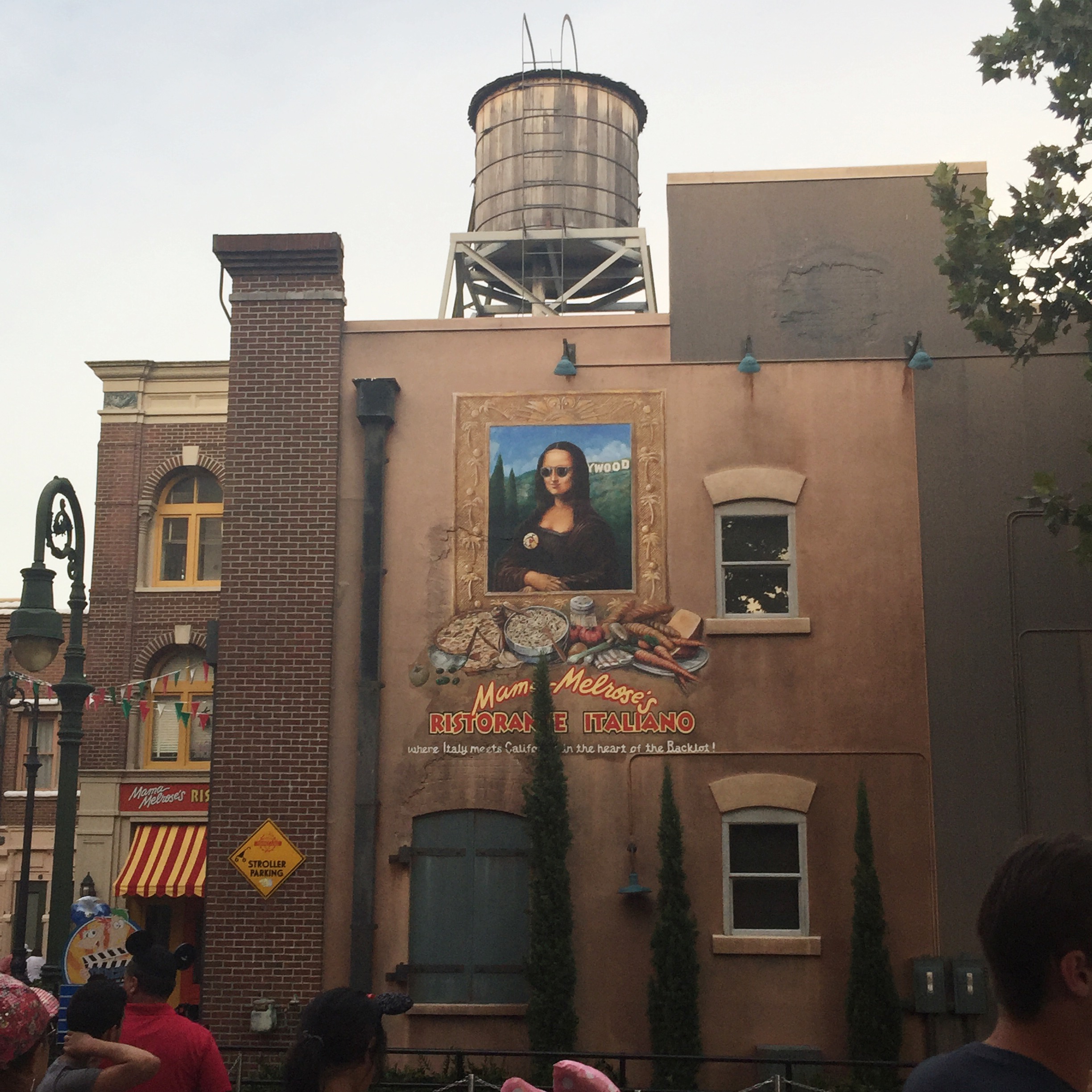 We had the Fantasmic! dining package and we selected Mama Rosa as our restaurant. We had dined at Hollywood & Vine two years ago and it was really good. We wanted more of a sit down place this time instead of a buffet and Mama Rosa sounded perfect since it was Italian! I would have to say this is one of my favorite restaurants at Disney and next time I am going to get an ALL pasta dish versus a steak and pasta. Their pasta is THAT good!!!! Yum! 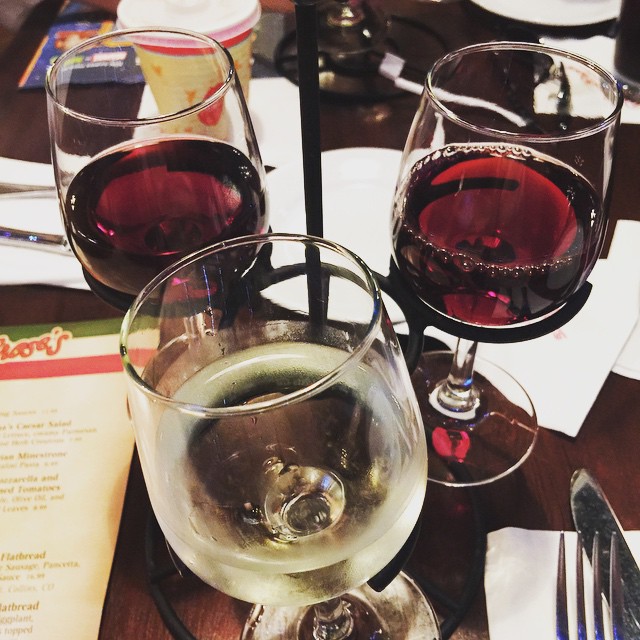 We started dinner with a wine flight… you can’t go wrong with that after a long hot day at Disney! 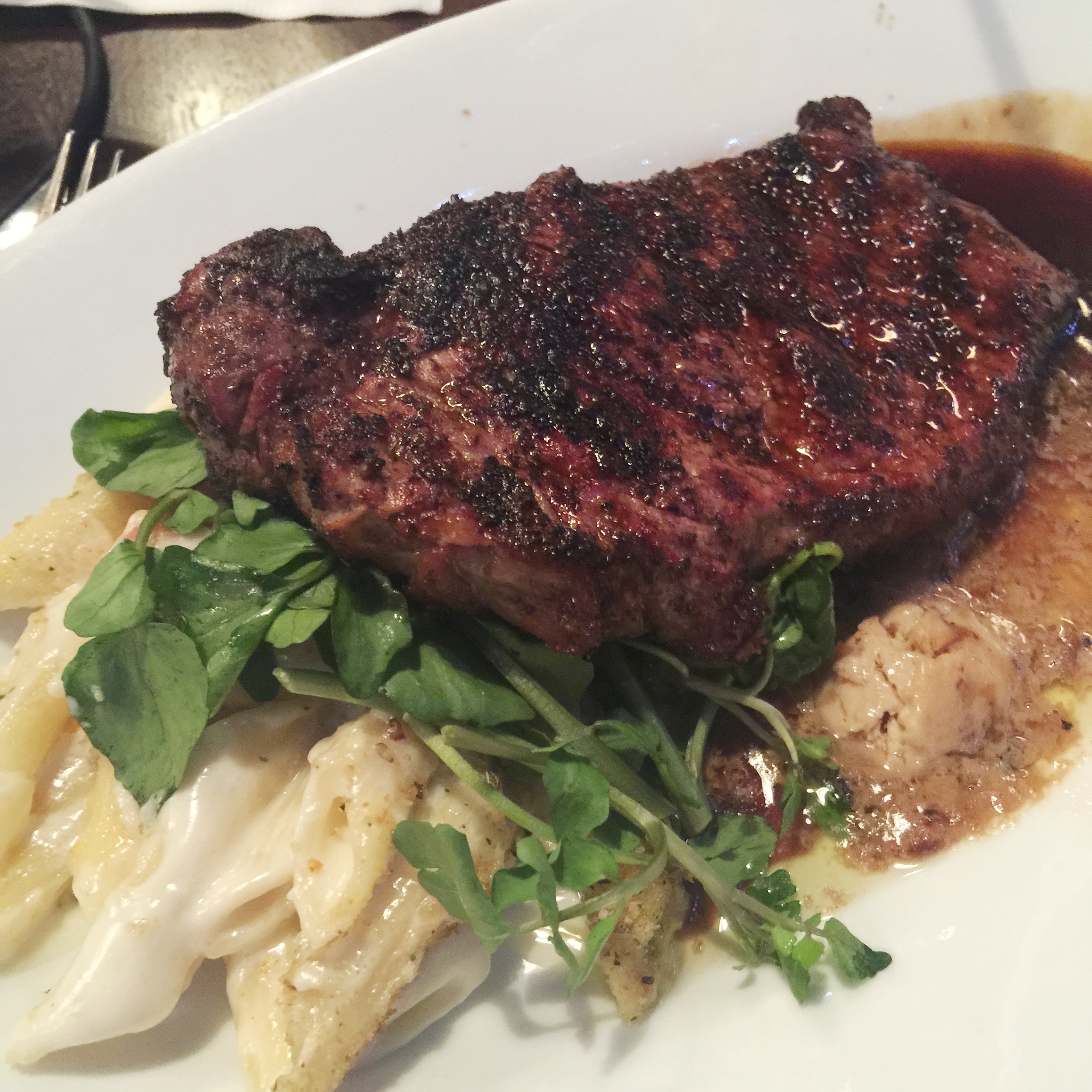 I got a caprese salad for an appetizer and it was SO good. Then for dinner I had the strip steak and it came with a pasta, I can’t remember what kind… but, it was GOOD. I almost ordered the shrimp risotto, I may have to order that next time as I love risotto. 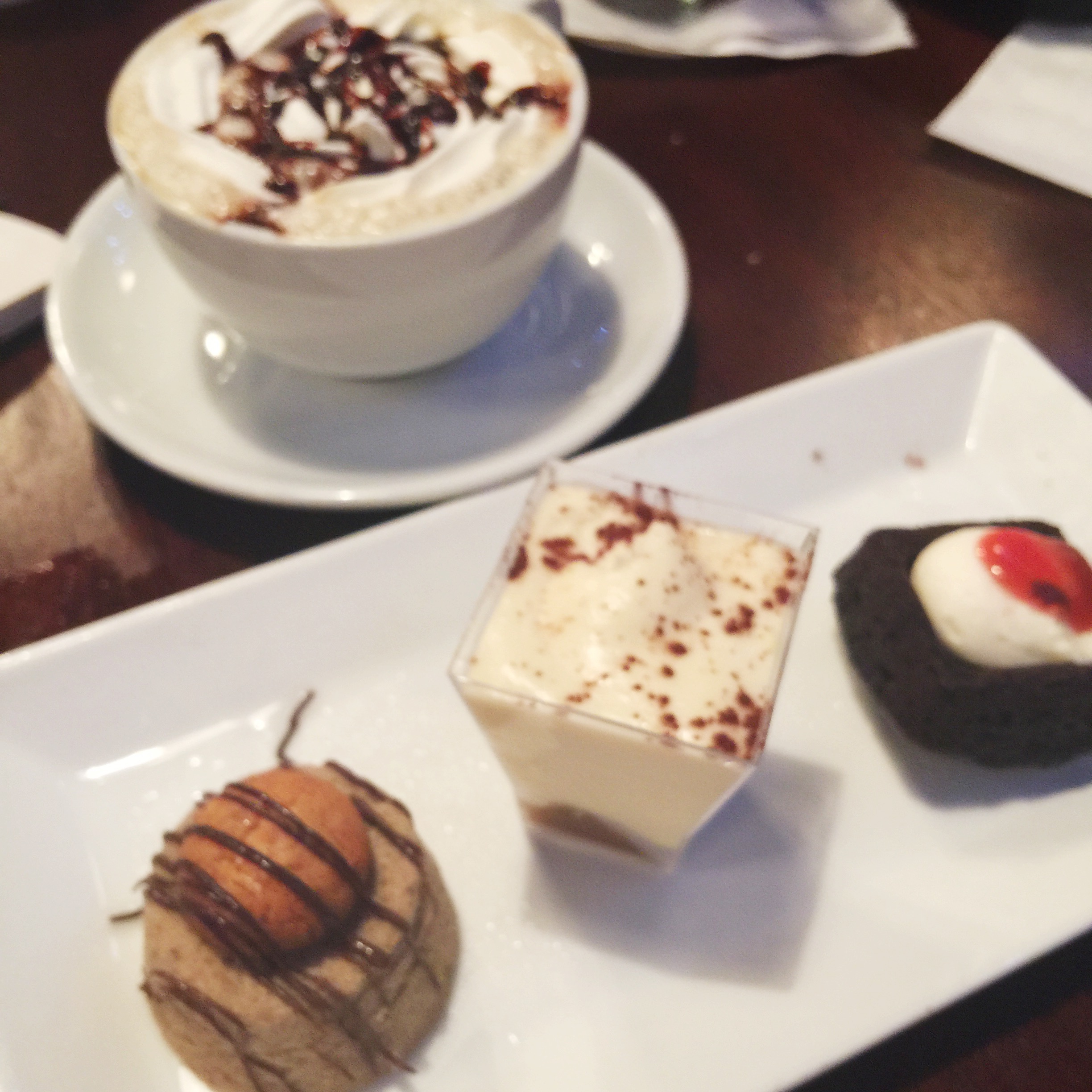 And for dessert I had a cappuccino and a dessert trio… and the dessert trio was ALL for me! Disney really spoils you on desserts. Brian had his own, too! It was all part of our dining package. 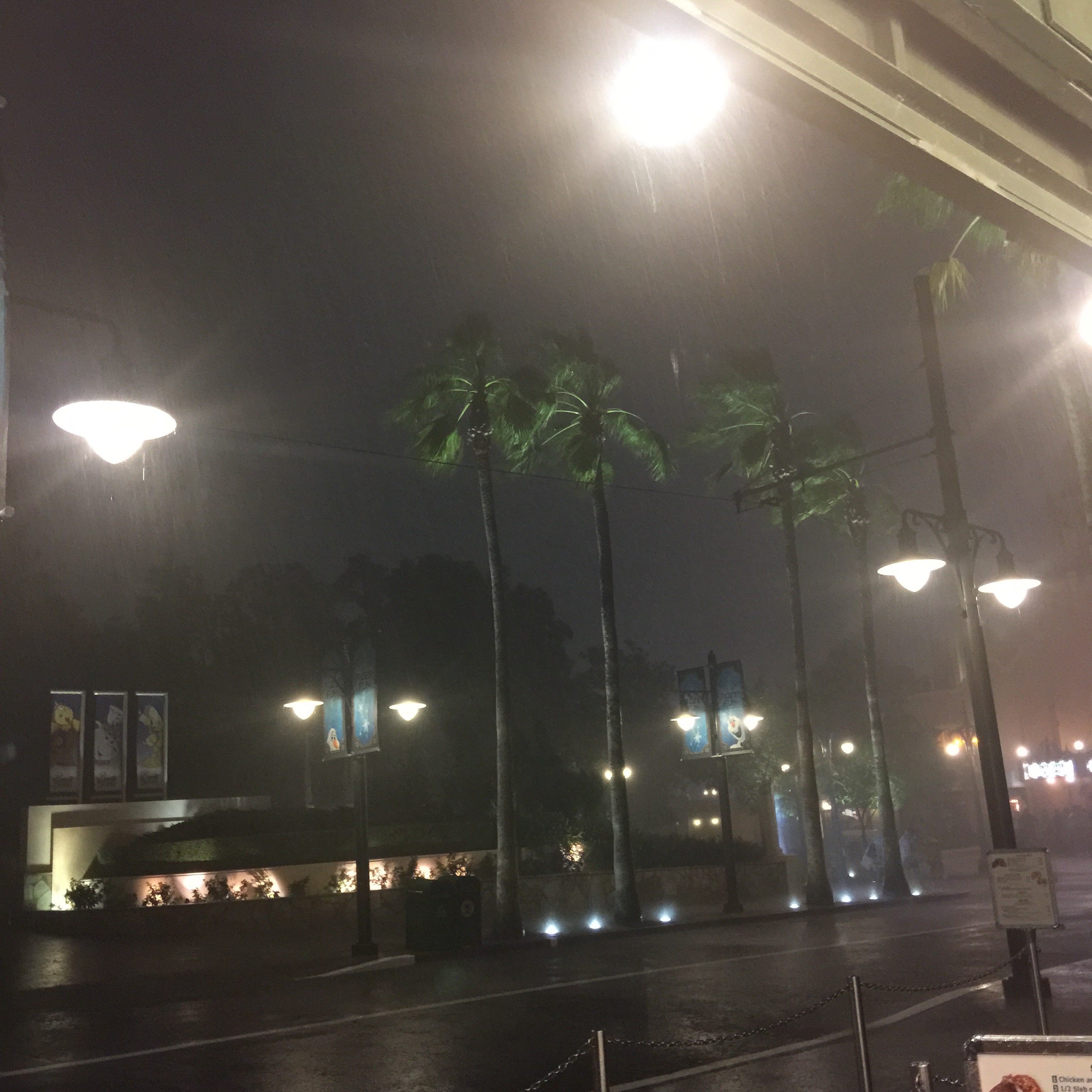 And, for a day that called for NO rain… a big storm cloud showed up behind us while we were sitting in Fantasmic waiting for the show to start. It got darker and darker… and then the wind started to pick up and they canceled the show! Such a bummer! The kids were tired though, so maybe it was for the best. We did see the Fantasmic show two years ago, so at least it wasn’t like we missed it for the first time. Since there was no rain in the forecast, I didn’t pack our ponchos. Yes, it was a LONG walk in the rain to the boat (which we found out wasn’t running) to the busses. Thankfully we didn’t wait long and got right on a very packed bus to head back to the hotel.

And, that wraps up our Disney vacation! I can’t wait to go back in a couple years and I think we are going to stay at the Polynesian next time. I have never stayed super close to the Magic Kingdom and I think it would be fun. Plus, they are currently renovating the Polynesian, so it’ll be all nice and new by the time we go next!

To see which parties I have linked up with, click HERE.