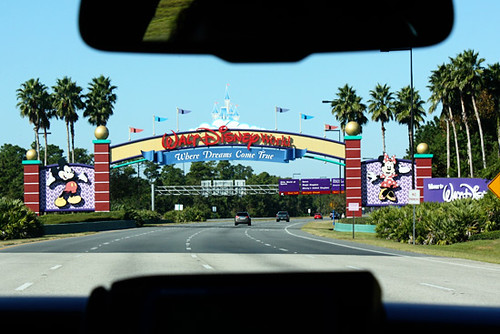 You know what I think makes Disney so magical? The memories. This was Brian’s first trip to Disney, heck, even to Florida… and, I kept telling him about all the memories I have of coming to Disney as a child with my parents and brother and even when we came here in 8th grade for our class trip. All of those magical memories come back, and it really does make Disney seem so magical. I can remember riding on the Ferry over to the Magic Kingdom and seeing Goofy on a jet ski, the first time I went on the Flying Dumbo ride with my Mom and I wouldn’t let her raise Dumbo up because I was too afraid to ‘fly’, my first time in Its a Small World and the many times I begged Mom and Dad to go back in line after I had seen it the first time… I remember seeing Epcot for the first time in 8th grade and riding the Space Station with my friends. SO many memories. I remember crying in The Haunted House when we went in the first room and the ceiling grew (I was scared of everything as a child, even elevators! lol!)… I can’t wait to take the kids to Disney for their first time this summer, to start their Disney memories. And, this photo? I have ALWAYS taken a photo of this Disney sign when coming to Disney. 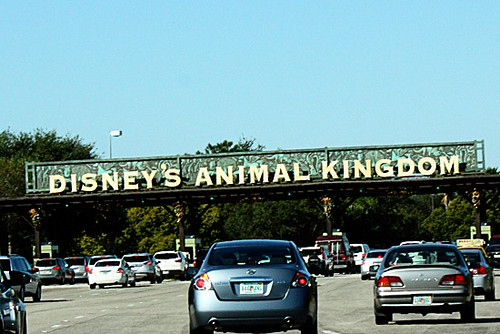 On my fifth Disney trip, I wanted to see Animal Kingdom first, it is the only Disney theme park in Orlando that I haven’t seen (minus the water parks). I was curious if it would be similar to Busch Gardens… It did not disappoint me, I really loved Animal Kingdom! We were able to get on almost all of the rides in the full day we were there (unlike Magic Kingdom!), and it didn’t seem to be too difficult to get from one side of the park to the other… it was laid out really well! 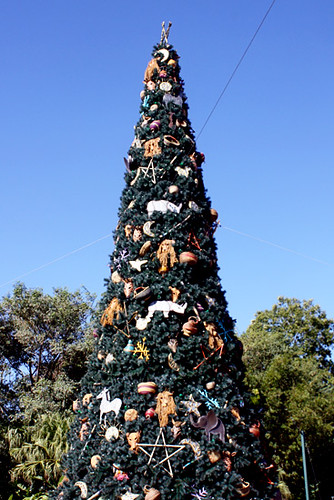 This tree does not look massive in this photo, but it was HUGE. Just HUGE. I love Disney’s Christmas decor! 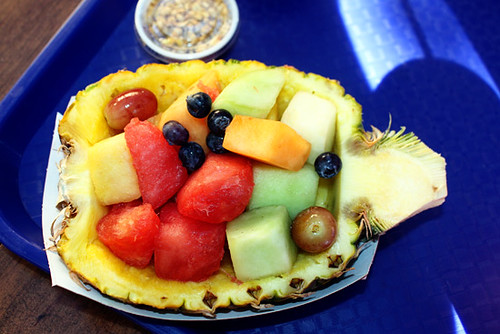 Disney has GOOD food! For it being a bunch of theme parks! I ordered this for breakfast! It was huge and the fruit was really fresh. 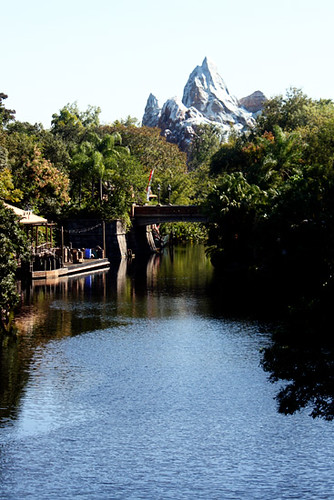 The Animal Kingdom was just beautiful, all around 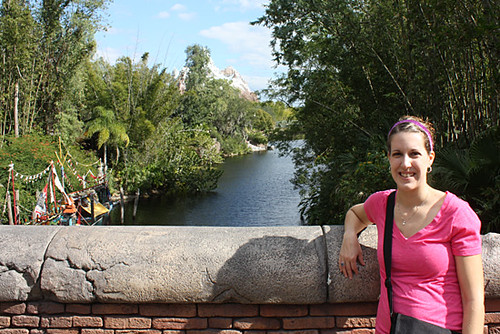 Here I am on a bridge, and you can see there is a boat below me. All day I was thinking about the half marathon that night, I was so nervous! It helped being at the Animal Kingdom, just to get my mind off how I would perform during the race! 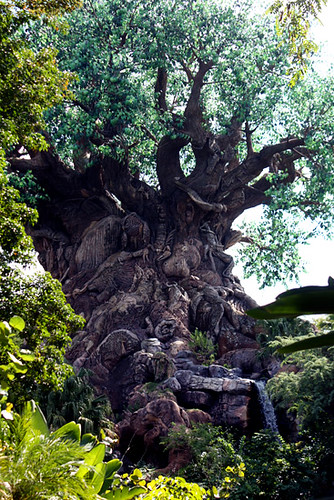 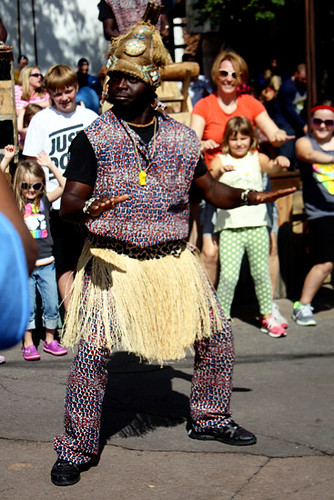 One of the dancers from a set of drummers 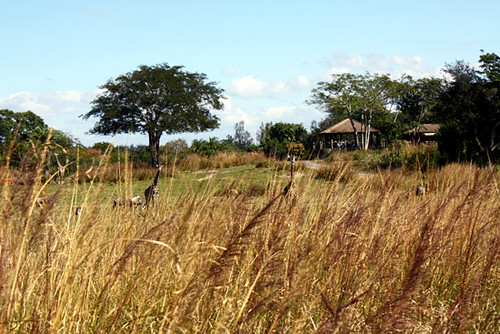 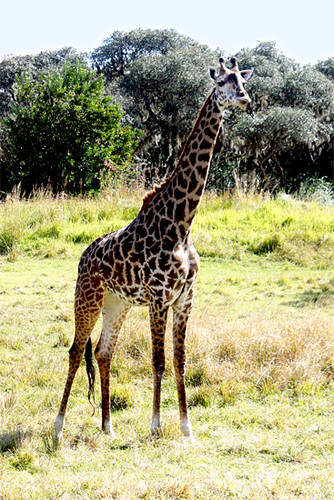 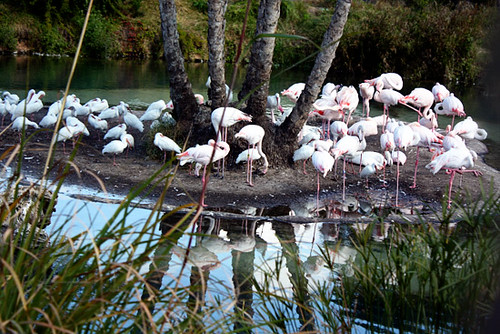 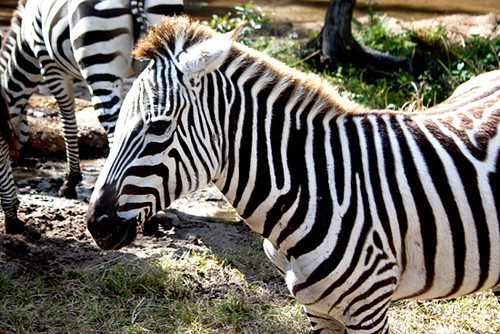 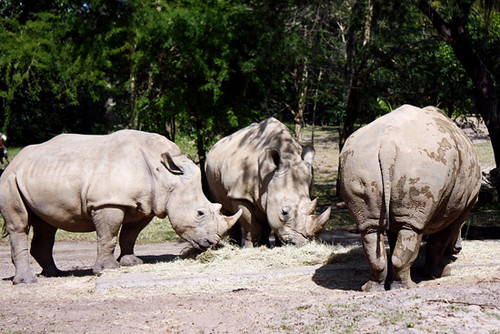 The first ride we went on was the Kilimanjaro Safari, this was so neat because you went on a safari ride in Africa where the animals were roaming around without any fences in the way! A photographer’s dream! Some of the animals got rather close, too! I mean, really– aren’t these views amazing? 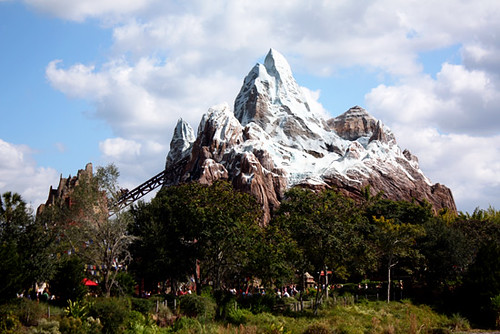 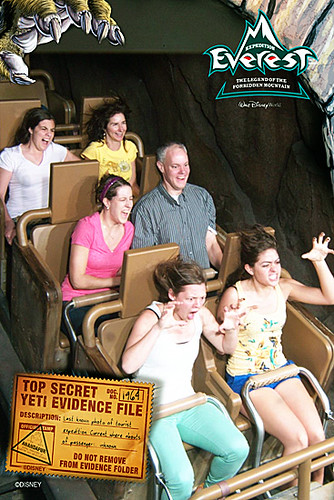 Expedition Everest is supposed to be the (or one of) the most expensive roller coasters in the world. I was SO afraid to ride it, and Brian did not mention to me that it goes backwards! Aghhh! Basically, you are on the roller coaster and its going forward but then stops on the top of a hill and the tracks are all torn up so you can’t go further… Why? Because of the Abdominal Snow Monster!!  It pauses there. Then, BAM! You go backwards… and, so on! Haha, yes, I am holding onto Brian for dear life in this photo! LOL! 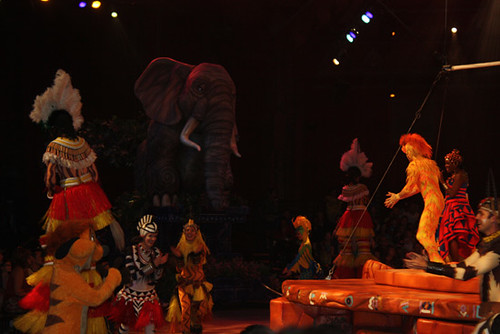 We were only able to see one show, since we had to get back to the hotel so I could get ready for the race. It was the Lion King show, I wanted to see it because I looove the music from Lion King. It was really good!